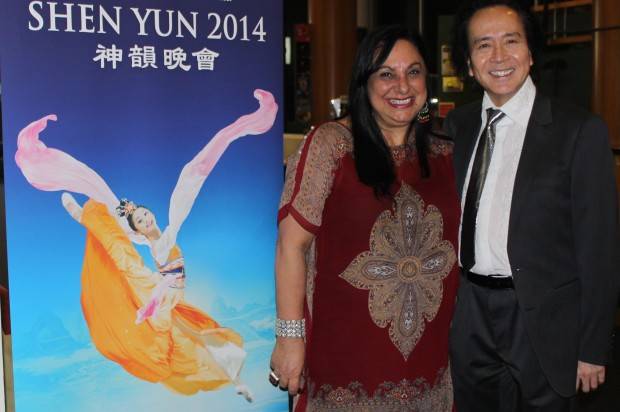 Shen Yun Performing Arts had its opening night at The Arts Centre Gold Coast on April 24.

Shen Yun is based in up-state New York and has classical Chinese dance at its heart, but it also includes folk and ethnic dance, mini-dramas depicting myths and legends, solo singing performances and an orchestra with a mix of Western and Chinese instruments.

The night was introduced by two presenters who each gave the audience an inapt insight to what the themes were of the dancers and singers with the story telling that comes into each performance. The evening was full of colours, set designs with the costumes that graced the stage with so much expression and vibrancy.

Every one of the female dancers in their presentation and performance all looked divine and what beautiful energy they gave out. The mastership dance that had the flags within the performance, were very well skilled along with the acrobat acts in which the male dancers were all quite skilled. I admired the direction with the visual effects that was also added to some of the acts that made the performance outstanding.

It was quite spiritual and the message through the singers as to their belief again was performed in deed with love and grace. This is a classical Chinese dance that tours each year and one that must see to experience the message behind this amazing arts performance.

Shen Yun will finish on the Gold Coast 27th April and then will go to Perth to end their Australian Tour and shall be there on May 1st to 4th at the Regal Theatre.