Sheppard To Celebrate #1 With Fans Across 30+ Australian Cities

Australianmusictour Brisbaneband Sheppard Watching the Sky by Caroline Russo | on July 16, 2018 | 0 comments | in Music Tours | Like it 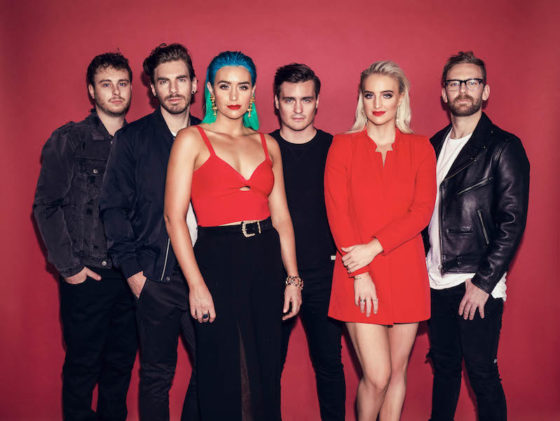 Brisbane chart-toppers Sheppard are announcing the biggest tour of their career today, visiting over thirty regional, metro and suburban communities to celebrate their #1 album ‘Watching the Sky’.

With a victory lap that covers far flung communities from Port Hedland to Cairns, to Hobart to Darwin, Adelaide to Newcastle and everywhere in between, the band are heading out to do what they do best—playing live with hits from the new album including ‘Hometown’, ‘Coming Home’ and ‘Keep Me Crazy’ as well as their multi-platinum smash hits ‘Geronimo’ and ‘Let Me Down Easy’.

“From the moment we got the news that we’d gone #1 we started planning how we could have the biggest possible party to say thank you to everyone who has support us,” said singer George Sheppard. “We’d be nowhere without the support of the fans and this is our opportunity to get out and repay the favour— with many of these communities getting their first ever taste of Sheppardlive!” For some towns, the ‘Watching the Sky’ Tour will be the rare opportunity to see a #1 act in their town. Taking their full production on the road, the band are determined to take the big live music experience to all corners of Australia, with more shows to be announced, extending the tour until the end of 2018. If you want your ‘Hometown’ to join the list, jump on social media and let Sheppard know!

“We tried to take in as many places as possible, not just the usual capital cities, but rural towns and outer suburbs that usually get overlooked by touring bands,” said Amy Sheppard. “We are proud to take music to areas that don’t always have access to the kind of show that we present and we can’t wait to visit new places and meet some new fans!”

All shows will include signings and meet and greets for fans to meet the band in person after each show.