SHERLOCK: THE ABONIABLE BRIDE COMING TO EVENT CINEMAS ACROSS AUSTRALIA 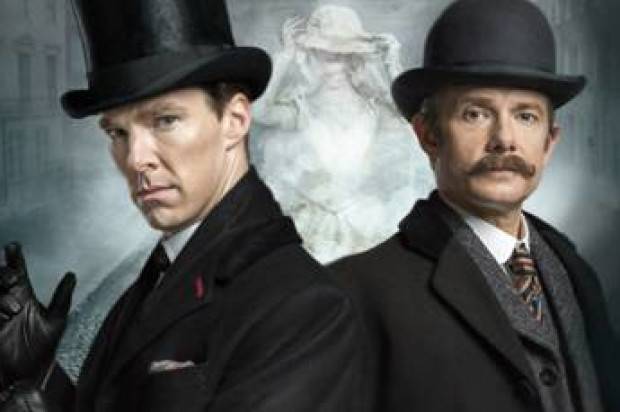 BBC Worldwide Australia & New Zealand (ANZ) has announced that the eagerly anticipated special of Sherlock, entitled Sherlock: The Abominable Bride, will be available to watch on the big screen in Australia at BCC and Event Cinemas as part of a special cinema event.

For a limited time, Sherlock fans can see the next instalment of the global TV sensation at selected cinemas across the country on Saturday, 2nd January.

Sherlock: The Abominable Bride will see Benedict Cumberbatch and Martin Freeman reprise their roles as Holmes and Watson, and the return of series regulars Rupert Graves, Una Stubbs, Louise Brealey and Amanda Abbington, in a one-off episode set in Victorian London in 1895.

In addition to the 90-minute standalone episode, cinema goers will be treated to exclusive bonus material, including a guided tour of 221B Baker Street from Steven Moffat and a look behind the scenes at how the special episode was made featuring all the lead cast and crew.

Sherlock: The Abominable Bride has been co-written by Steven Moffat and Mark Gatiss, is directed by Douglas Mackinnon (Doctor Who, Line of Duty) and is produced by Hartswood Films for BBC One and co-produced by Masterpiece.

Co-creator and executive producer Steven Moffat, who announced at San Diego Comic Con in July that Sherlock would be shown in selected cinemas around the world, says: “Sherlock on the big screen. For us, it’s a giant leap backwards – into Victorian London. The mean streets of 1895 have never looked so good!”

Helen Pendlebury, Head of Business Development, BBC Worldwide ANZ, said: “The premiere of Sherlock: The Abominable Bride will be a global event and we’re delighted that fans in Australia will have the chance to see it on the big screen.”