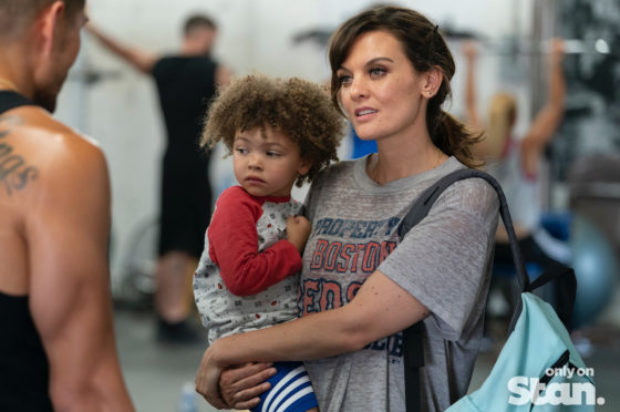 Created, starring and executive produced by Frankie Shaw, SMILF is a raw, honest look at the life of a single mom based on Shaw’s Sundance Film Festival® Jury Award-winning short film of the same name. The series, which earned Shaw a Best Actress Golden Globe nomination, also stars O’Donnell in her first series regular TV role. The series takes a comedic look at the life of a young woman from South Boston who struggles to overcome her personal demons, as well as the circumstantial trials and tribulations of working class single motherhood. Shaw brings her singular, unapologetic point of view to the semi-autobiographical comedy series, whose title is meant to be ironic and to reclaim the demeaning nature of the label. The cast also includes Miguel Gomez, Samara Weaving, Raven Goodwin and Alexandra and Anna Reimer. Executive producing alongside Shaw are Oscar nominee Michael London, Lee Eisenberg and Scott King. The series is produced by Allyce Ozarski and Zach Strauss. SMILF is produced by ABC Signature Studios as a co-production with SHOWTIME.

SMILF comes exclusively to Stan as part of their long-term partnership with SHOWTIME. Other shows include Jim Carrey’s KIDDING and Ben Stiller’s ESCAPE AT DANNEMORA, currently streaming.

Season two of SMILF will premiere on Stan January 21

Every episode of Season One of SMILF is now streaming