Bahamas oscar winners sidney Poitier by Caroline Russo | on January 8, 2022 | 0 comments | in tribute | Like it 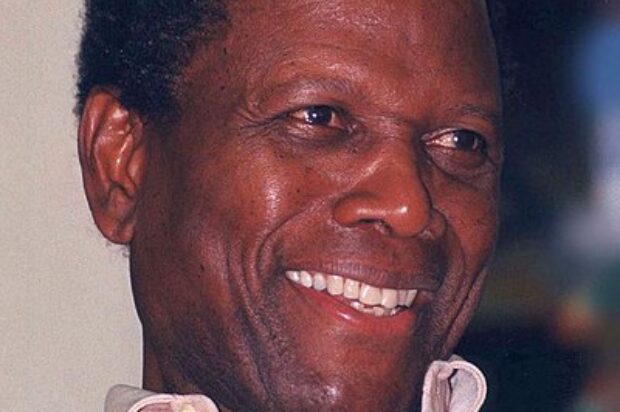 Sidney Poitier, was more than an actor also a director who became the first A list Black leading man in Hollywood, sadly has died Thursday at age 94, according to the Bahamian Minister of Foreign Affairs.

Poitier, who was born in the U.S. but grew up in the Bahamas, broke multiple racial barriers in his decades-long career, including when he became the first Black actor to win the Academy Award, for his role in 1963’s “Lilies of the Field.” He was playing a doctor in his first film who treats a bigoted white man in 1950’s “No Way Out,” he blazed a trail by refusing to play roles that traded on racial stereotypes. He then followed his debut film by playing a minister in 1951’s “Cry, the Beloved Country,” set in apartheid-era South Africa, and then an angsty high schooler in 1954’s “The Blackboard Jungle.”

He received his first Oscar nomination for 1959’s “The Defiant Ones,” starring with Tony Curtis as two escaped criminals who must work together to elude the authorities. Four years later, he made history by taking home the Best Actor trophy for “Lilies of the Field,” starring as a former GI who helps a group of Catholic nuns build a new chapel.

More commercial roles followed, culminating with a trifecta of commercial and critical hits in 1967 — the classroom drama “To Sir, With Love,” the crime thriller “In the Heat of the Night” and the romantic drama “Guess Who’s Coming to Dinner” — that made Poitier the top box office draw of the year.

He had a great engagement in theatre, earning a Tony Award nomination for the original 1959 production of Lorraine Hansberry’s classic drama “A Raisin in the Sun.”

Poitier made his directing debut with the 1972 Western “Buck and the Preacher,” in which he co-starred with Harry Belafonte and Ruby Dee. He scored his first hit as a director with the 1974 comedy “Uptown Saturday Night” with Belafonte and Bill Cosby, which he followed with two more Cosby vehicles, “Let’s Do It Again” (1975) and “A Piece of the Action” (1977).

But his biggest box office success came with 1980’s “Stir Crazy” starring Richard Pryor and Gene Wilder as a pair of misfits who are mistakenly sent to prison. The film grossed more than $100 million in its initial release, a first for a film by a Black director.

He returned to acting in the late 1980s and ’90s with roles in thrillers like “Little Nikita” (1988), “Sneakers” (1992) with Robert Redford and “The Jackal” (1997) with Bruce Willis and Richard Gere. He also appeared in TV movies, playing Thurgood Marshall in “Separate but Equal” (1991), reprising his role as Mark Thackeray in “To Sir, With Love II” (1996) and portraying Nelson Mandela in “Mandela and de Klerk” (1997). He picked up Emmy nominations for both “Separate but Equal” and “Mandela and de Klerk.”

His final onscreen credit came in the 2001 TV movie “The Last Brickmaker in America,” playing a widower who mentors a troubled teen.

Poitier was granted a knighthood by Queen Elizabeth II in 1974. In 1995, Poitier received the Kennedy Center Honor. In 2009, Poitier was awarded the Presidential Medal of Freedom, the United States’ highest civilian honor. In 2016, he was awarded the BAFTA Fellowship for outstanding lifetime achievement in film. In 1999, Poitier was ranked 22nd among the male actors on the “100 Years…100 Stars” list by the American Film Institute. Poitier was also the recipient of a Grammy Award for Best Spoken Word Album. In 1982, he received the Golden Globe Cecil B. DeMille Award and in 2000, he received the Screen Actors Guild Life Achievement Award.
In 2002, Poitier was chosen to receive an Academy Honorary Award, in recognition of his “remarkable accomplishments as an artist and as a human being.”