SKY TO SEA’ WILL BE IN CINEMAS NATIONALLY FROM MARCH 18 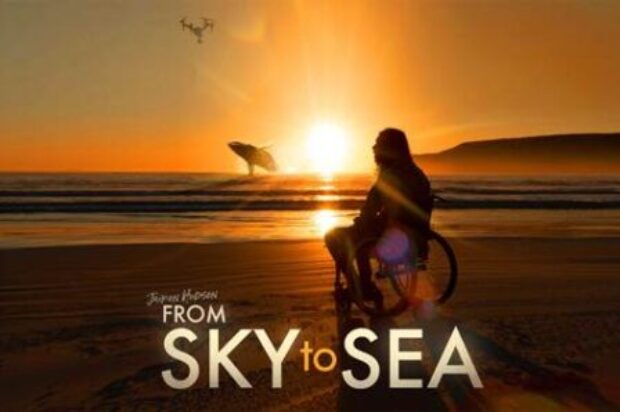 FanForce today released the trailer for From Sky to Sea, the visually stunning new documentary about renowned aerial wildlife photographer and videographer Jaimen Hudson and his inspiring quest to become the world’s first underwater cinematographer with quadriplegia.

From award winning filmmakers Leighton and Jodie De Barros, From Sky to Sea tells the uplifting story of Jaimen Hudson, an artist whose wheelchair has not held him back from capturing some of the most breath-taking wildlife images from the Western Australian coastline. His spectacular photographs and videos have gone viral across the world, reaching millions online.

Embarking on the greatest challenge of his life, the Esperance, WA local seeks to fulfil his childhood dream of filming whales underwater. Struggling against the constraints of his disability and the concerns of those around him, Jaimen sets out to prove to himself and the world that nothing will keep him from achieving his dreams. This is his story.

Ahead of its cinema release, ‘Jaimen Hudson: From Sky To Sea’ will premiere as the closing night film for the WA Made Film Festival on 14th March.

‘JAIMEN HUDSON: FROM SKY TO SEA’ WILL BE IN CINEMAS NATIONALLY FROM MARCH 18