CHIMAIJEM IFEANYI EZECHUKWU CRIME NOVEL SNAKE AMONGST SHADOWS by Caroline Russo | on September 9, 2015 | 1 comment | in Books | Like it 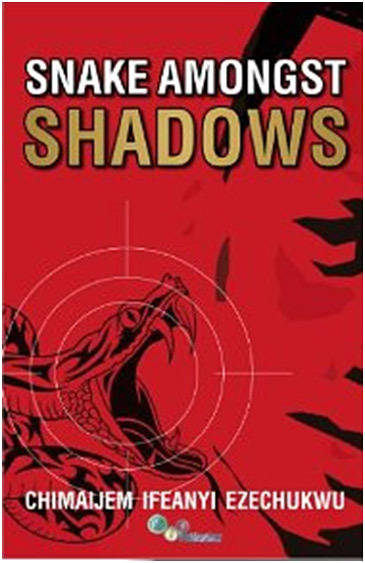 Chima Ezechukwu’s ‘Snake Amongst Shadows’ follows the escapades of an educated cop-turned-midnight sleuth whose investigation of a series of muggings literally takes him around the world to uncover a brutal and vicious crime ring. Melding crime’s most-loved facets with his own unique blend of action and suspense, Ezechukwu has found a winning formula.

United Kingdom – While zombies and erotica mark a new dawn for the world of fiction, the traditional edge-of-the-seat crime novel has never gone out of fashion. In fact, the genre is experiencing something of a bold resurgence, and author Chima Ezechukwu is at its helm.

Ezechukwu’s latest release, ‘Snake Amongst Shadows’ proves just how powerful one man can be in the face of global crime.

Mac Logan is a man with a very dark past. He was once an educated cop. He’s now an expendable P.I. called Jarrett. The story begins when he is assigned to investigate a series of muggings happening in town by his new boss and friend Derek Hawke.

Logan starts the investigation to find out that there’s more to the case than meets the eye. He discovers that this mysterious caper is linked with a treasure hunt in the bad lands of Tikal, in Mexico.

Logan goes to Mexico with Hawke and uncovers a smuggling operation there. He has a run in with a gang lord craving for supremacy; and finds out the truth behind a girl’s death. The man now called Jarrett also learns about his boss’s past.

As Logan keeps sleuthing, he discovers the real culprits behind the brutal muggings. Logan journeys back to England where he has another encounter with an old enemy. A notorious crook called Quentin ‘the Rat’ Baker. So when the expendable PI uncovers the man’s secret he equally unveils the vicious and faceless criminal network responsible for the abrupt murders he sets out to investigate.

“It’s always tough to work against crime greats such as Agatha Christie and John Grisham, but I believe I have hit on a winner with Logan,” explains the author. “A good sleuth usually has a day job a million miles from their crime-fighting work but, with Logan previously being a decorated cop, it adds a huge level of authenticity you don’t see in other novels.”

Continuing, “This is just the first of a planned series involving Logan and his work. The next book is just finishing up on the writing table and will be released very soon.”

This first volume has won high praise among readers. Samueli M. comments, “A breath of fresh air – old school in a modern setting! Enjoyed the book immensely brings back all the old rugged hero with a querky past. Intricate plot woven with expertise. Once you start with Logan and his whispering voice and character filled face, you can’t puthe book down. I feel there’s more to come and can’t wait! Enjoyable read for all especially adults that are into sleuthing!”

CHIMAIJEM IFEANYI EZECHUKWU was born in Clapton London on May 12th 1966*. He spent several years in England before moving back to Nigeria with his parents.

He attended the famous Ekulu Primary School and then went on to the College of the Immaculate Conception (CIC) in Enugu State. He also attended the prestigious Institute of Journalism and Continuing Education.

CHIMAIJEM returned to the UK in 1997 to continue his studies. He studied Communications with Law, at the London Metropolitan University, Where he attained a BA Honors in the Discipline. He is a qualified Paralegal and is currently a professional Assistant Teacher.

CHIMAIJEM has always been interested in writing. In fact, he started at a very early age. He was always encouraged by his late father. His influences in this area include his fellow African writers Cyprian Ekwensi, Chinua Achebe, Ngugi Wa Thiong’o, Wole Soyinka and more recently Chimamanda Ngozi Adichie, whom he has great respect for.