Snow Moon gets the official deal in New York 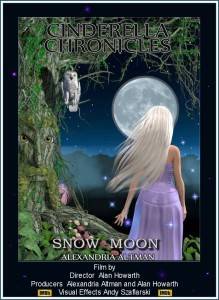 Snow Moon has now officially signed with a top Literary Agent in New York on Friday, who came highly recommended from another well known source in the Literary world,

a 30 year in the Industry Agent and Publisher.

Lori Perkins of L. Perkins Agency, also known as the Fairy God-mother of Fairytales, has already made a mention on Twitter how she is anxious to share Snow Moon with the world.

Altman was ecstatic when she took Snow Moon on vacation to Paris, and came back and signed the deal, as Altman and Alan Howarth of Altman Howarth Production’s,

the filmmakers of the movies, are all smiles and feel she is the perfect fit.

The team of Snow Moon the 1st movie in the saga, is coming together as a Power House with Alan Howarth and Alexandria Altman as Directors/Producers, Andy Szaflarski

Special Effects/Animation and Casting Director Stanzi Stokes and now, the signing of a new Co-Producer to be announced shortly.

It appears soon we are going to see Talent.