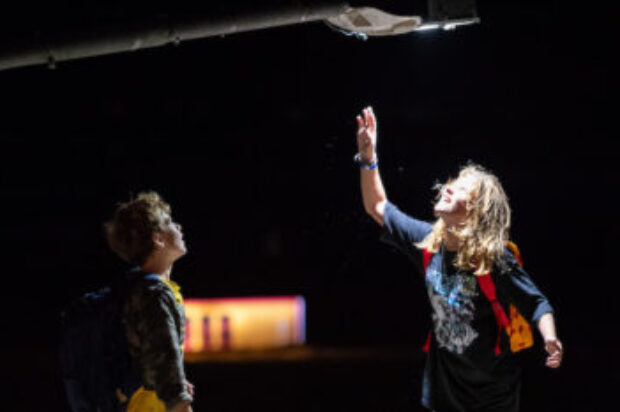 The newest club to hit the coast, for the first time in Australia all the way from Berlin.

Local award-winning dance company The Farm are starting a new club and you’re invited. Don’t worry it is not a new fitness club or secret society for muscly people, Social Muscle Club is open for all who want to give and receive, a place where art and anti-art conspire with immersive theatre, using art as a tool to create meaningful connections. Social Muscle Club is a worldwide phenomena that originated in Berlin, and has been staged in cities such as Basel, Zagreb, Bristol, Marseilles, Cape Town and Vienna. Appearing for the first time in Australia at iconic Gold Coast venue Miami Marketta, it’s an invitation for all Gold Coasters to train their social muscles and build new connections.

The next Social Muscle Club is on Wednesday 1st of June at 6pm. You can expect to be wowed by performances, to take part in a game, and to have a night of connecting with new people in a way completely different to anything you have experienced.

After coming to the first Gold Coast club audiences said:

“To start with I felt shy and introverted, but by the end I felt excited and inspired and would have danced in my undies”

“Social Muscle Club was transformational. A lot of fun, a little nerve wracking but exciting at the same time! A really great, connecting experience.”

At one of our clubs you will meet new people and take part in a simple sharing game where everyone unconditionally offers things they are willing to give away, while making requests for things they’d like to receive. These things can be concrete and practical, but also abstract, or relationship-focused. Fresh bread, tax return support, a tattoo, a holiday apartment in Costa Rica, a sofa, a shoulder to cry on. The giving and receiving is punctuated by performances, music, food and surprises. The atmosphere is celebratory; evocative of a Vegas wedding or a chaotic Italian gameshow.

The Australian Social Muscle Club is presented and hosted by award winning performance company The Farm and proudly supported by the City of Gold Coast and Miami Marketta.

You can book your ticket to the next Gold Coast Social Muscle Club: https://www.miamimarketta.com/ticketed-events/social-muscle-club-june