Asian food Gojima HEAD CHEF New opening RESTAURANT The Star by Caroline Russo | on September 27, 2016 | 0 comments | in Lifestyle | Like it 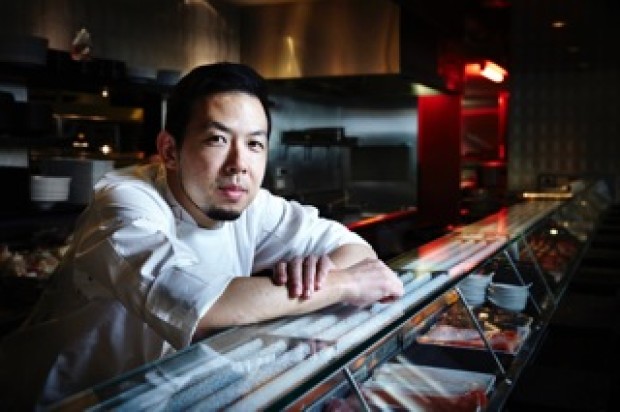 The casual dine-in and take-away restaurant is set to open later this year at The Star Sydney, in the space opposite Momofuku Seiobo, with Kojima at the helm serving a range of premium Japanese rice burgers and sides, along with Japanese and local beer, wine, soft drinks and thickshakes.

The announcement follows the overwhelming success of Kojima’s Sokyo Ramen pop-up in The Star Café Court last year, which ran for five months due to popular demand.

While the Gojima offering will be casual, Kojima says the menu will use the same high-quality produce and meticulous execution seen at Sokyo and Kiyomi.

“We can’t wait to introduce Gojima and our rice burgers to Sydney. Rice burgers are an exciting food concept, offering guests a contemporary taste of Japan that’s unique and delicious and, we’re taking them to the next level.”

The restaurant name is a play on Kojima’s surname and the Japanese word for rice, ‘gohan’ – the staple ingredient that will form the base of the deluxe burgers.

The Star General Manager of Food and Beverage, Andy North said: “Chase is an incredibly talented chef who approaches casual dining with the same attention to detail and precision as he does in a fine dining setting. We’re enormously excited that The Star will be the home of Gojima, just moments from the doorstep of Sokyo.”

Born and raised in San Francisco, California, Kojima’s passion for food and exposure to life as a chef started at a young age under the tutelage of his father, Sachio Kojima, talented chef and owner of the renowned Kabuto Sushi Restaurant. Before opening Sokyo in November 2011 at just 29 years of age, Kojima led kitchens all over the world for the iconic Nobu restaurant group.