Chase Kojima Chef Of The Year RESTAURANT The Star by Caroline Russo | on September 15, 2015 | 0 comments | in Lifestyle | Like it 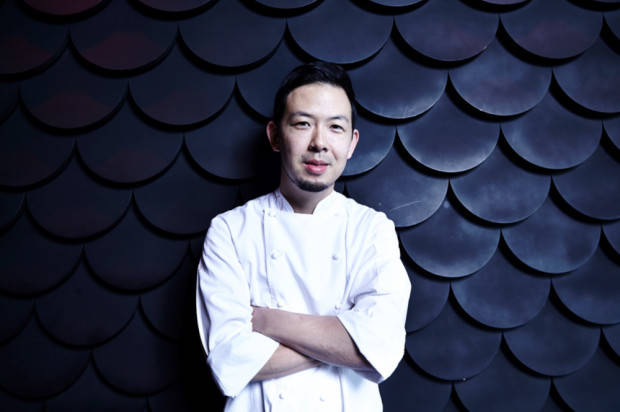 For the second year in a row, The Star’s food and beverage offering has been awarded one of the highest national accolades in the industry, with Sokyo Executive Chef Chase Kojima named as the joint winner of the 2015 Australian Hotel Association (AHA) Chef of the Year award.

 The AHA National Awards for Excellence took place last night at Jupiter’s Hotel and Casino on the
Echo Entertainment venue, Gold Coast, The Star’s fellow   recognising leading hotels and individuals from across the country for their valuable contribution to the hotel industry.

The prestigious Chef of the Year award was shared between Kojima and Lee Kwiez from Darley’s Restaurant at Lilianfels Resort & Spa. The back-to-back win sees Kojima follow in the footsteps of Jason Alcock, Executive Sous Chef at The Star, who took out the honour at the 2014 awards.

One of Australia’s leading and most influential Japanese chefs, Kojima brings exciting and unexpected flavour to Australia’s culinary scene at Sokyo, where he and his team of 50 expert culinary staff have enjoyed rave reviews.

Andy North, General Manager of Food & Beverage, The Star said: “We’re extremely proud to see Chase awarded another well-deserved industry honour. The accolade follows prestigious awards from Gourmet Traveller, The Sydney Morning Herald Good Food Guide, and Tourism Accommodation Australia among others, and is a testament to his passion for culinary innovation and creating exceptional food and beverage experiences for our guests.

“He is a dedicated leader who constantly strives to inspire and motivate the entire Sokyo team.”

In the past year Kojima has enjoyed success along the east coast with the celebrated opening of his second restaurant, Kiyomi at Jupiter’s on the Gold Coast, serving a modern yet distinctly Japanese menu, along with the seven day breakfast offering in Sydney, Breakfast by Sokyo.

Chase Kojima, Executive Chef, Sokyo said: “I’m extremely honoured to be recognised as AHA Chef of the Year after my biggest and most exciting year to date. It’s a pleasure to work with the extraordinarily talented team at Sokyo, who share my vision to deliver exciting, cutting edge Japanese cuisine to Sydney.”

For more information on Sokyo and The Star, please visit www.star.com.au.