creed 11 musical scores in film Robin Hood Sony music soundtrack by Caroline Russo | on November 18, 2018 | 0 comments | in Music | Like it 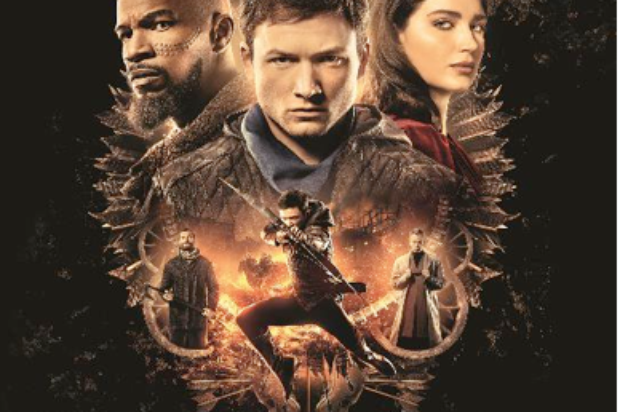 Joseph Trapanese commented, “Lionsgate tasked me with creating a fresh, contemporary score for a new generation’s Robin Hood, and I’m incredibly excited to share it with you. Director Otto Bathurst invited me to bring synthetic sound, energetic percussion, and aggressive orchestration to his modern re-telling of this timeless story, the result of which is a classic tale told like none other.”

“We were very committed to making a version of the Robin Hood story that felt contemporary to a modern audience. All the themes of the classic tale run rampant through the 21st century, so our ambition was that the film would resonate with today’s audience. The score was a huge tool in trying to achieve it,” remarked director Otto Bathurst. “In the same way that the design, costume, set pieces and style of the movie were specifically shaped to ensure that the film didn’t feel old-fashioned, we wanted the music to do the same, whilst delivering the scale, fun, and energy of the movie. That’s a tough brief for a composer and Joe really delivered,”

Robin Hood follows Robin of Loxley (Taron Egerton), a war-hardened Crusader, and his Moorish commander (Jamie Foxx) as they mount an audacious revolt against the corrupt English crown in a thrilling action-adventure packed with gritty battlefield exploits, mind-blowing fight choreography and a timeless romance. Robin Hood is presented by Lionsgate’s Summit Entertainment and produced by Appian Way and Safehouse Pictures in association with Thunder Roads Films.

Joseph Trapanese is best known for his sleek, ominous score work for blockbuster films like Tron: Legacy, Straight Outta Compton, Oblivion, and the Raid series. Other notable scores include the hugely-successful musical film The Greatest Showman (2017), the second and third installments of Lionsgate’s Divergent series, Insurgent (2015) and Allegiant (2016); Earth to Echo (2014); and Ubisoft’s video game The Crew (2014). As a composer, arranger, and producer for movie, television, theater, and video game music, he has collaborated with a number of mainstream musical acts including Daft Punk, M83 and Moby. In the studio and in concert, he has also worked with Dr. Dre, Zedd, Kelly Clarkson, Kendrick Lamar, Haim, The Glitch Mob, Active Child, Halsey, Sohn, John Newman, Dia Frampton, 3OH!3, Steven Price, and James Newton Howard. Composer Ludwig Göransson comments: “In Creed II, Creed is now at the peak of his career. He is facing big responsibilities and decisions that will affect not only him but also his family. When I wrote the score for Creed II, I continued on my journey from the first Creed. The themes that were more youthful three years ago now had to mature into a more serious musical language. It was also a huge honor to write a theme for one of the most popular antagonists in film history, the Drago family.”

Life has become a balancing act for Adonis Creed. Between personal obligations and training for his next big fight, he is up against the challenge of his life. Facing an opponent with ties to his family’s past only intensifies his impending battle in the ring. Rocky Balboa is there by his side through it all and, together, Rocky and Adonis will confront their shared legacy, question what’s worth fighting for, and discover that nothing’s more important than family. Creed II is about going back to basics to rediscover what made you a champion in the first place, and remembering that, no matter where you go, you can’t escape your history.

Caple Jr. directs from an original screenplay co-written by Stallone and Juel Taylor, story by Sascha Penn and Cheo Hodari Coker, based on characters created by Sylvester Stallone. The film is produced by Irwin Winkler, Charles Winkler, William Chartoff, David Winkler, Kevin King-Templeton and Stallone. Ryan Coogler, Jordan and Guy Riedel are executive producers. Creed II will be distributed theatrically in the U.S. by MGM on November 21, 2018, and Warner Bros. Pictures will distribute the film internationally.

ABOUT LUDWIG GÖRANSSON
Ludwig Göransson is a Los Angeles-based Swedish composer, producer and musician. After earning his breakthrough assignment in 2009 on what would become the long-running sitcom Community, he concurrently worked on New Girl and Happy Endings, among other TV series. During his time on Community, he also found work on feature films including the comedy We’re the Millers and the biopic Fruitvale Station, both released in 2013. Demonstrating his hands-on interest in genres beyond his screen work, Göransson collaborated with Community cast member Donald Glover on Glover’s rap releases under the Childish Gambino pseudonym, including 2016’s critically-acclaimed album Awaken, My Love!, which earned the rapper a Grammy Award for Best Traditional R&B Performance for the album’s hit single “Redbone.” Göransson also started his own solo project under the name Ludovin, releasing the indie pop EP How to Find a Party in 2013 while finding time to collaborate with other recording artists, including HAIM, Chance the Rapper, Pell and more. Community ended its run in 2015, a year that saw Göransson’s scoring work in the critically acclaimed Rocky franchise entry Creed. His third collaboration with director Ryan Coogler and actor Michael B. Jordan was for the score to the blockbuster superhero flick Black Panther, which arrived in 2018 and charted #1 on the Billboard World Music chart.