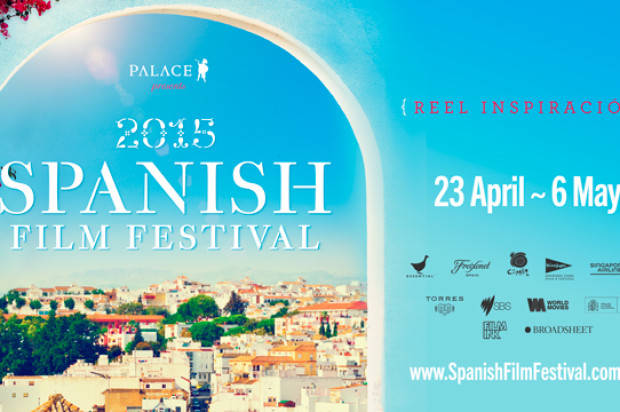 Get some reel inspiracion this season with the arrival of the Spanish Film Festival here in Brisbane from Wednesday April 30th through to Wednesday 13th May 2015. Two delightful weeks of the quality cinema Spain has to offer, the festival commences with the biggest box office hit of the country, ‘Spanish Affair’, a bright and breezy romantic comedy set in the charming region of Basque Country. A comedy of errors, the film kicks off festivities with an after party featuring Torres wine and tapas courtesy of Ole Fuego restaurants to close out the night.

This year’s festival boasts 38 features from across Spain, Latin-America and beyond, with no genre being left unturned as audiences find themselves privileged to witness the type of filmmaking that so often goes unnoticed here. If the opening night tickles your fancy, do yourself a favour with ‘Instructions Not Included’, a surprisingly heartfelt comedy that would have you believe it’s coaxing by on a juvenile mentality only to blindside you with genuine emotion and honest laughs.

In tune with tackling emotion, ‘Hidden Away’ is a joyous yet heartbreaking tale detailing the love between two male teenagers, one Spanish, the other a Moroccan immigrant. The film respectfully taps into that feeling of experiencing connection for the first time as we follow the boys and their attempt to conceal their true emotions for one another. It’s expectedly awkward, but that grounds the film in a reality we’ve all come to know so well, and never once does it feel like these two superb young actors are performing – you believe their love.

One of the darkest titles on offer this year is the wicked horror outing ‘Shrew’s Nest’, a stylish, at times graphic, feature set in 1950’s Spain that offsets its disturbing yet poignant material with bouts of dark humour. It’s not for the faint of heart, but all horror aficionados know the best chills come from abroad.

These are just some of the titles on offer amongst a vast collection of eclectic features that should satisfy all cinema goers looking for something other than the big budget titles doing the rounds in their local multiplexes. Once again the Palace Cinemas are playing host to this unique Spanish experience which looks to immerse Brisbane in all this stunning country has to offer.

For information and session details head to www.spanishfilmfestival.com