SPEND A WEEK WITH CHRIS HEMSWORTH

Chris Hemsworth FOXTEL Movies PRESENTING TOP PICKS IN FILM TV GUIDE WHATS ON by Caroline Russo | on November 11, 2016 | 0 comments | in TV | Like it 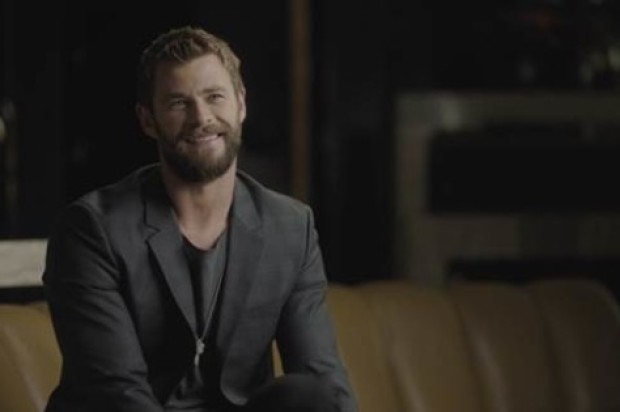 Spend a week with one of the world’s biggest movie stars when Australia’s very own Chris Hemsworth presents his favourite films from Sunday, November 13 to Saturday, November 19, exclusive to Foxtel Movies MORE.

Airing nightly at 8pm AEDT, Chris will present a diverse selection of films that he has personally chosen and hold a special meaning for him.

From memorable classics to comedies and action-packed blockbusters, each of the films picked by Chris have influenced his career, inspired him or are simply a sentimental favourite.

Said Chris: “Mad Max: Fury Road was one of the best films I’d seen in years. I was in London shooting at the time and watching that film and going ‘This is why I go to the cinema!’ because it was unlike anything I’d ever seen before. Visually it was just a smorgasbord of all sorts of madness and chaos, beauty and ugliness. That world that George Miller created – I continually find new things about it that fascinate me.”

The full list from Chris Hemsworth Presents His Favourite Films, airing nightly at 8pm AEDT on Foxtel Movies MORE, is below:

November 14: Sideways
Stars Virginia Madsen, Paul Giamatti and Thomas Haden Church in an Oscar-winning comedy about two best friends – one divorced and utterly depressed, the other a shallow actor on a bender before his wedding – as they get into all sorts of strife on a tour of California’s vineyards.

November 15: The Terminator
Arnold Schwarzenegger and Linda Hamilton star in this action classic that spawned a franchise. A cyborg from a post-apocalyptic future travels back in time to kill a waitress before she can fulfil her destiny and save mankind.

November 16: Wedding Crashers
This smash-hit comedy follows two divorce mediators (Vince Vaughn and Owen Wilson) as they crash weddings looking for one-night stands. When one falls for a politician’s daughter (Isla Fisher) they get into deep water on a wild weekend.

November 17: Rush
Directed by Ron Howard, Rush centres on the rivalry between Formula 1 drivers James Hunt (Chris Hemsworth) and Niki Lauda (Daniel Bruhl) during the 1976 racing season, as they mercilessly clash on and off the racetrack and push themselves to the breaking point of physical and psychological endurance.

November 18: Point Break (1991)
Stars Patrick Swayze, Keanu Reeves, and Gary Busey in the cult classic crime thriller about a gang of Los Angeles surfers who call themselves the ‘Ex-Presidents’ and allegedly rob banks while wearing masks of ex-presidents Reagan, Carter, Nixon and Johnson.

November 19: Star Wars: The Force Awakens
Hans Solo (Harrison Ford), Princess Leia (Carrie Fisher) and Luke Skywalker (Mark Hamill) return in this latest chapter in the classic Star Wars saga. As Kylo Ren and the First Order rise from the ashes, Rey, a desert scavenger, and Finn, a defecting storm trooper, join forces with Han Solo and Chewbacca in the hope of restoring peace to the galaxy.