SPEND YOUR WEEKEND AT THE IFFA! What a festival it has been so far! We say goodbye to Sydney (where we had five sold out sessions alone) and Canberra while looking forward with excitement to the five action packed days left for Brisbane. Included is the schedule and a note on the Gala opening night at New Farm Cinemas featuring Persian pizza, pomegranate champagne, and live Iranian Jazz. We also announce a special director Q&A behind Brisbane’s Friday screening of Death of The Fish as well as a special guest for The Long Farewell screenings in both Brisbane and Melbourne.

The Gala opening at the historic New Farm Six Cinemas will create a true festival atmosphere and festival co-director Anne Demy-Geroe is particularly proud to call it the festival’s new home in Brisbane.

“The newly restored New Farm Cinema Complex, one of the few remaining historic cinemas of Brisbane, has quickly become a hub for film culture,” she said.

“Its great central location makes it perfect for our burgeoning festival.”

As such, we are excited to announce that the opening night gala will be catered with traditional Persian pizza and feature live jazz music from Iranian jazz band The Barbod Valadi Trio.

Born in Tehran, Valadi moved to Australia and has become a fixture of the local scene, forming a wonderful, unique jazz trio.

With a focus on bringing musical cultures together through their art, the band is influenced by Persian music as well as the music of jazz legends Charlie Parker, John Coltrane, Thelonius Monk and Miles Davis.

We hope you enjoy What’s the Time in Your World?, complimented by the poetic short, Let Our Men Dance. With all that’s in store, the first night of the festival is sure to be a night to remember.

It’s not too late to book your tickets to Brisbane this weekend!

7:40pm
Confessions of My Dangerous Mind

Sunday 25 October
2:00pm
The Man Who Became a Horse

All films will screen at the historic New Farm Six Cinemas! 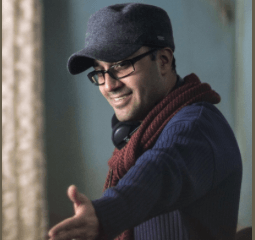 Brisbane Friends! We are delighted to announce that Rouhollah Hejazi (director ofDeath of The Fish) will also be our special guest. After a Q&A screening and seminar regarding Iranian cinema in Sydney, the thrillingly dramatic Death of The Fish will be screening on Friday the 23rd of October with an introduction by Hejazi and a live Q&A afterwards. This marks the second time one of his films has appeared as part of IFFA. In 2013, he won IFFAs NETPAC award for BEST FILM with The Wedlock. 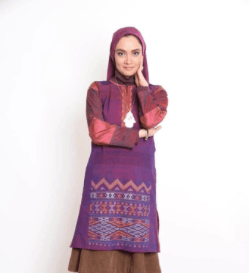 In wonderful news for both Brisbane and Melbourne, actress Mitra Hajjar from the film The Long Farewell will be our special guest on both opening nights. She will also join us for Q&As after screenings of The Long Farewell.

In the film “Hajjar (It’s Winter), a popular actress who has also worked on the French stage, is a blast of fresh air” – The Hollywood Reporter

The Long Farewell is screening on 3:30pm Saturday 24 October in Brisbane and 6:00pm Friday 30 October in Melbourne.

Screening as part of the IFFA programme is Abolhassan Davoudi’s Crazy Castle, a modern, interconnected view of communication and youth.

Winner of best director, film, sound design, and the audience award at the 2015 Fajr International Film Festival, the film is a must see in both Brisbane and Melbourne.