LEADING ACTORS ONE WOMEN SHOW QPAC RACHEL BECK STAGE MUSICALS THIS GIRL by Caroline Russo | on October 14, 2016 | 0 comments | in Entertainment | Like it 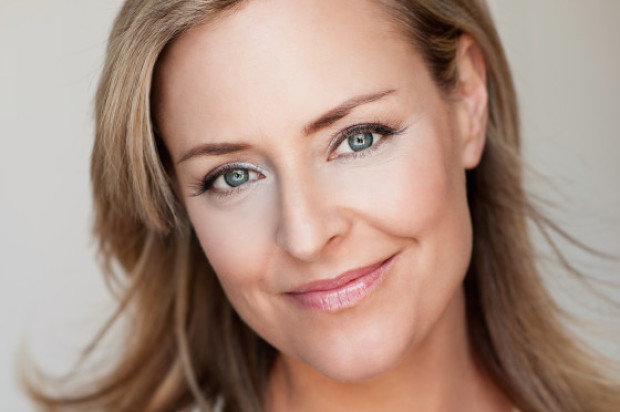 Rachael Beck Is Ready To Take On New Stages

Rachael Beck is one ‘leading’ lady for sure. Her immense talent has embraced the Aussie showbiz world for three decades now, with standout performances in Chitty Chitty Bang Bang, Les Miserables, Cats, Beauty and Beast to name a few. Now Rachael is embarking on her latest showbiz adventure “This Girl”. An intimate cabaret style one woman show guiding the audience through Rachael’s life journey and stage career through cleverly weaved songs and stories. It will play in Brisbane over two nights, October 28th and 29th at Cremorne Theatre QPAC. We had a great girlie chat, reflecting on exactly how her career started, leading into what her primary focus is in the future. Rachael genuinely thrives on sharing her invaluable theatre knowledge and aims to empower others in this entertainment business to pursue their dreams.

Rachael was born near Ballina in New South Wales, as a kid Rachael said she always loved to dance and her father was the director of local musical productions in town and so therefore she grew up with that surrounding her and she loved it.

“My first break came while I was still at school in the musical Cats, and I didn’t graduate from Wappa or NIDA to get these roles, although I am now teaching masterclasses.” “From there I commenced to be in TV series and then onto stage and screen. I did Hey Dad which was really great, then worked with the Sydney Theatre Company, I also did some Shakespeare…it rolled on from that.”

“In this industry you have to keep your hunger and hope and keep real as much as you can too. I always invested in doing workshops and singing classes to keep improving my skills, but simultaneously I had lots of knock backs. I recall a pivotal time when I missed out on two major productions which can get you down. Overall though I think I am really lucky, because I came from the country and had really levelheaded parents with my dad being in the business and having a mum that was a educator” she said.

With that Rachael begins to talk on her next life stages, she wants to engage more with children who want to step into the big wide world that is acting. Rachael is excited on this next stage of her journey. “I’ll be conducting workshops and looking more to work in education circles in terms of teaching young kids who want to be actors, and with that we look at the best approach for them to learn about the right mental focus” she says. “We look at how the mind works which is great stuff and essentially I like to teach and guide the young talent on how they apply their thoughts and work towards their dreams, while keeping true to themselves.” She continued with “Nowadays the stuff like comparing yourself to the Kardashian’s and not measuring to how many likes you get in terms to your daily life is what we don’t need our kids to engage with.”

“One of the questions I asked the children is what do they want to be when they grow up …..and they usually come back with I want to be famous! I ask why they want to be and we explore all the reasons around being famous. As parents we need to explain what is important and what is real and that Facebook friends and other people behind the screens are not really your friends, they can say whatever they want which brings them to being so vulnerable.”

“With my 30 years in this business again I have been lucky, but I can share stories where I was suffering eating disorders and all sorts of things that effect our self image and now days its harder because of the digital world. Teaching and guiding to empower our young ones will give them better grounding and ability to stay real.”

What does Rachael do when she chills? She loves to read and cook, and she completed a couple of years in learning psychology and English literature but had to give it up due to gruelling touring schedules. “I just always love learning how to do things in a creative sense and never want to stop that” says Rachael.

On a final note I asked Rachael what are some of her desires she’d like to accomplish on her own personal ‘bucket list’.

The list includes doing a stage production of the the old classic Streep and Eastwood film Bridges of Madison County, to keep a strong personal focus on children’s theatre education and finally she wants to be the best mother she can ever be.

Dont miss booking for this blockbuster show! Max Lambert will accompany Rachael on piano, who is one of the best musical directors and composers in Australia. Come and hear more intriguing stories and listen to one of the finest leading ladies of Australian theatre doing it her way in her show THAT GIRL.