DJS MUSIC DANCE The Gathering TURNTABLE Zac Bornvibe Wood by Caroline Russo | on December 21, 2016 | 1 comment | in Interviews | Like it 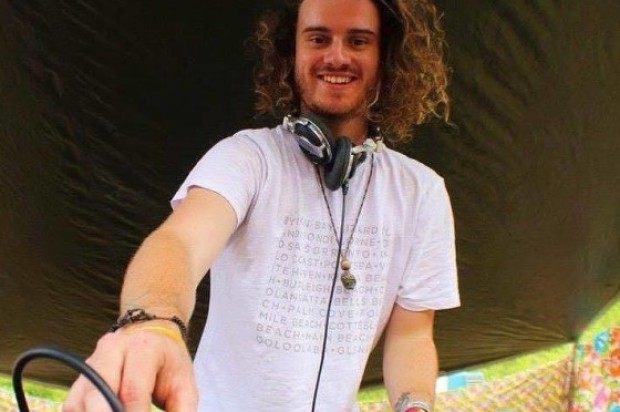 Zac Bornvibe Wood is a Brisbane based DJ who is qualified Mix and Mastering Audio Engineer who loves playing music. Zac is in the scene of producing his own mix of music and is seen in South East Queensland at various clubs and parties. Zac is one of the first local Dj who been selected to perform at the brand new musical fest The Gathering Feel Good festival The Event will have a line up of International DJs with lots of feel good energy to celebrate on Australia Day 26th January at Country Parklands in Nerang.

1. Where were you born and raised and live now ?

I was born in Sandringham, Melbourne March 3rd 1994. Spent my first 13 years growing up in Melbourne living in places like Rosebud and Frankston. Then moved with mum to Emerald QLD where I finished school and was travelling back and forth to Melbourne to see dad, friends and family

2. When did you get attracted to the music industry ?

I was first exposed to electronic music production at 8 years old at Eastbourne primary school from my music teacher, playing with samples and loops and different computing programs. This was around the same time my dad was taking me out to a few bush doofs and outdoor trance parties.
I found myself DJing at my school friends’ house parties for cash to get myself through high school when I just turned into a teenager – I’d play a lot of music that my dad and his friends from the early earthcore days would collect and make over the years. In 2010 When I was 15, I landed my first residency at the Irish Village pub in Emerald Queensland where I was serving drinks being a glassy and on Friday & Saturday nights, I’d bring my equipment in and remix old rock/blues songs with new age psy trance just so that I could see my mum get up and dance to the same music 3. Where do you work and give us an insight to your role to what you do?

I work for a company called Event Crewing on the side and we do sound and lighting tech and operating for a number of venues on the Gold Coast and Brisbane. I also do a bit of landscaping and building to keep me afloat, fit and busy.

4. What teachers have influenced you so far?

My main mentor and influence is Joel De Ross from Melbourne. His style of music and how it was created heavily inspired the way I’d write my music and what sounds I wanted to explore more.

I’ve been writing music with Joel ever since I was 12 years old and we both work on our duo project Cymatic Empire – which consists of the same sort of style of music as my Bornvibe stuff but with a more faster/darker/full on approach.

5. You have been a DJ/Producer for how long now where do you play?

I was writing music since I was 8 years old and DJing since I was 13 and I’m 23 in March so I’d say around a decade so far. I’ve played at some of the biggest clubs in the country including in Melbourne, Brisbane, Sydney and Perth. Many more outdoor doof parties in SEQ, VIC and NNSW. And heaps of festivals from WA to Far North Queensland to Newcastle and Victoria.

6. How do you describe the music scene now days?

Overrated , unfortunately – I shouldn’t say that because it is a growing scene that will provide a living for many that work hard.
I just can’t help but see too much truth underlying that the quality of sound producing is outweighing the aesthetic for musical appreciation. And then again, I’m afraid that punters are more interested in paying top money to attend a venue to get completely written off more so than to attend and witness a great musical performance.

7. What is your style of music when you perform as a DJ and how long does it take for you to prepare?

The style originated from UK acid house and Goa trance over 25 years ago and has been a stand out electronic/techno dance-n-trance culture. It’s a genre of music that I believe has evolved lots, where the sound and tone shapes have become punchier and clearer sounding over time as technology has progressed.

8. Who are your favourite music artists and what are you listening to now ?

To play my music in Mexico !!! Really looking forward to playing to an international crowd for the first ever time!

10 If you were asked to form a band for one night who would be the selection you invite?

Well I’d probably bring my good mate Johnny from my work – he can totally shred on guitar and I’d probably get Joely on the keyboard and I’d probably do some funny things with my vocals and throw in a sampler or something to keep the beat going hehehehe ! You can listen to my latest projects via Soundcloud YouTube or typing Bornvibe anywhere into Google www.soundcloud.com/bornvibe