“Malcolm in the Middle ” ” CBS’ “The King of Queens ” CBS’ “Two and a Half Men Ben Stiller Jack Black SAM LERNER The Goldbergs by Caroline Russo | on November 9, 2016 | 0 comments | in Interviews | Like it 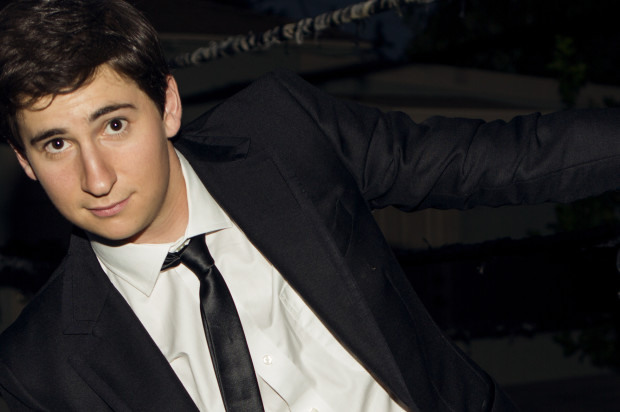 Sam Lerner, 23 years of age, got his start in show business at the age of nine after he happened to strike up a conversation with actress/director/writer Ellen Gerstein’ and actress Dot-Marie Jones’ at a New Year’s Eve party he was attending with his family. He continued to have guest roles on hit shows such as ABC’s “Malcolm in the Middle,” CBS’ “Two and a Half Men,” CBS’ “The King of Queens,” TNT’s “Rizzoli & Isles,” and CBS’ “NCIS.” He could also be seen in films such as Dreamwork’s “Envy” with Jack Black and Ben Stiller and could be heard in the Columbia Pictures’ motion capture movie “Monster House.” We are delighted to have Sam as our spotlight with HHB.


1. You began at the age of Nine years in the showbiz and had lucky break tell us more about how that happened?

Yeah! I started at 9 and was super lucky to start working immediately. In my first film I played Ben Stiller’s son in a movie called Envy and I sort of fell in love with acting at a young age. I’ve been lucky to be able to work consistently since then.

2. What was it like to have your first role and do you recall anything on that day that you can share being on the set and feeling you can describe?

I remember just having so much fun on a movie set. It’s kind of obvious. You’re a little kid on a movie set being treated like a king and working with people you look up to. It was a pretty surreal experience.

3. You worked on some big sitcom shows as guest roles who been the most engaging star talent that gave you great insight to acting world?

I might have to say working with Kathy Bates was one of the coolest experiences of my life. She was so down to earth, and so professional, and just to see that an Oscar winner can behave like that was so refreshing and inspiring for me.

4. You got to meet 2 comic genus Ben Stiller and Jack Black the energy alone there would of been dynamic as to guest staring in the film Envy back in 2004 what was that like at the time for you as well as working with director Barry Levinson.

Yeah, as I said, Envy was my first job which is insane! I was so lucky and didn’t even know it. Working with comedic geniuses, and just such big professionals was so cool. I really got to see how a set works, even at such a young age. I remember they would improvise a lot, and were just so funny, and it was a huge influence on me growing up loving comedy. 5. You now been with the show The Goldbergs for 2 years with your character Geoff Schwartz how much fun is that to play?

I love working on The Goldbergs. It’s such a fun show with some amazing writers and talented actors, and every day I’m there I’m reminded of how lucky I am. It’s pretty epic to work among your comedy heroes. The show does really well and my part has increased over the years I’ve been there, so I’m just enjoying the ride.

6 Being in the comedy circles there must be at times some moments that are ab lived on sets, is there some funny stories you can share there.

Well, on a sitcom you’re not exactly allowed to improvise. However, last year, filming an episode called Big Orange on The Goldbergs, the actor who plays Barry, Troy Gentile, started freestyle rapping at the end of a take, and no one called cut because it was so good! Troy was killing it, so everyone just let it happen. And Adam, the creator of the show, loved it so much that he used it as the tag of the episode! 7. What best describes you daily routines when working on full time TV series how do you balance things and with family?

A typical day on set is not as busy as one might think. Sure, there are long days, but for the most part, it’s a couple of hours a day, and its super fun, so I have plenty of time to live my life outside of work. Everyone in my life is very proud and supportive too, so I’m very lucky.

8. What are the most favourite things you like to do or have on your to do list?

I love to play basketball and go camping in my free time. I love being outside, and I have a dog, so hiking or traveling is one of my favorite things to do. I have a fun group of friends who love to travel too, so we try to go new places whenever we can.

9. Are there challenges you face now being well known and are there things you like to do to make a difference in the world as you go?

Ha, well I wouldn’t exactly say I’m well known, but it is definitely cool that I’m starting to be recognized for the work I do on the show. It’s always awesome when someone comes up and tells me they love the show. The other day a really nice woman and her 10 year old son told them I made their day…so that was pretty cool. I wanna make people laugh, so if I can do that, I’m happy.