Bee Gees Spotlight Staying Alive Tribute music Shows by Caroline Russo | on May 10, 2016 | 0 comments | in Interviews | Like it 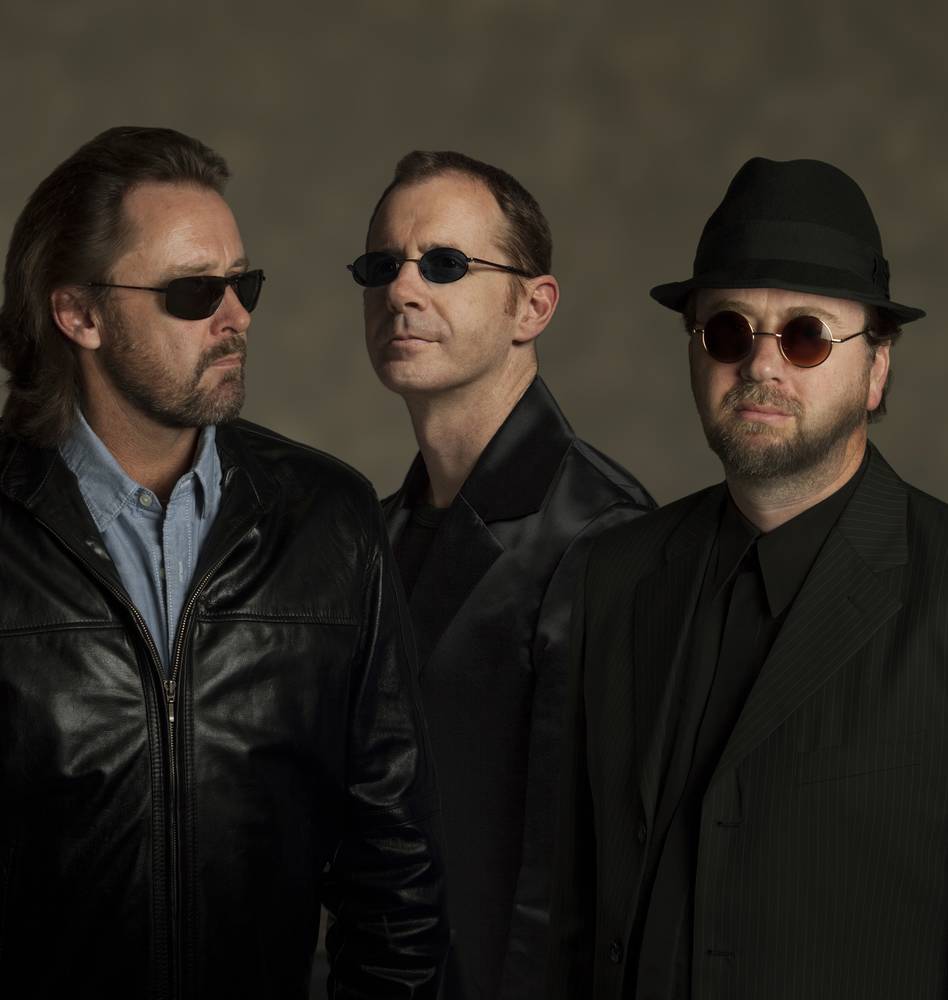 THE BEST OF THE BEE GEES: AN INTERVIEW WITH EVAN WEBSTER

After nearly two decades touring with a who’s who of the Australian music industry, the gang from The Best of The Bee Gees are bringing their hit show to South East Queensland. Jackie Smith caught up with Evan Webster, who plays front man Barry Gibb, to discuss the secret of the production’s success.

The Best of The Bee Gees is coming to South East Queensland soon. How did you become involved with the production?
In 1998 I was asked to play [The Bee Gees’] How Deep Is Your Love for a wedding. It just so happened that the song suited all the voices in the band that well we decided to take it further and see what came of it.

You play Barry Gibb in the show. What attracted you to the role?
It was more the fact that my voice suited the role rather my attraction to the part. Although I grew up with Saturday Night Fever as the soundtrack for my high school discos, it was later on in life I found it was easier to sing in falsetto quiet[ly] when singing my young son to sleep.

If you could, what other role would you play?
As a drummer originally, I was always interested in what Don Henley played and sung in the Eagles.

Since1998, the production has had over 1,000 shows throughout Australasia. What makes this tribute show so special?
The difference is the fact that we are 100% live.
Most acts now days have to cut corners and personnel in order to tour and make money. In order to do that they record vocals and instruments and play them back while performing, giving the audience a full sound with half the band. In the history of this band we have never used recordings of anything. Everything we do is 100 percent LIVE, warts and all.
One of the major features of this act is the players in this band have been members of [the] Australian music [scene] … Legendary bands and artists like, Rose Tattoo, Jimmy Barnes, James Reyne, Eurogliders, Guy Sebastian, Mondo Rock, Little River Band, Icehouse, Marcia Hines, Brian Cadd, Russell Morris [and] Damien Leith … I can go on but I won’t.

Have you been surprised at the reaction you have received with the show?
Always. It’s when you know the audience felt what you did and you don’t know until the song is over.

After these coming dates, do you intend to tour the show elsewhere or is it just a short run this time around?
This is a short South East Queensland tour. We hope to look further ahead, but in this industry it is always in the lap of the Gods.
We are booked to perform in Sydney at South Sydney Juniors and Rooty Hill in October before boarding the “Cruise and Groove” Royal Caribbean cruise. That will be fun as the headline act is John Farnham among others.

In your opinion, what is it about The Bee Gees’ music that continues to resonate with audiences the world over?
Longevity. There are not many acts from the 60’s who lasted so long. It [was] also the very clever decision to write songs for a broad mix of artists even when they could have recorded the tunes themselves. This has kept them current and at the top.

Do you ever get nervous stepping out on stage?
No, not anymore. Those days went by in the 80’s. Now it is more a privilege than anything else.

How did you first get involved in music in general?
My father played eight instruments in the 50’s in Glen Miller-style bands and my mother recorded a hit single, Gonna Get Along Without You Now, when she was eight months pregnant with me. So I was in a studio before I was in the world, so to speak.
I came to Australia in 1980 from New Zealand and a school friend who owned a guitar said to me, “I’ll buy an amp if you buy another instrument.” The very next instrument in the local paper was a drum kit, which was the beginning of the end …

Who are your idols (both personally and professionally)?
I have many people I idolise, or have deep respect for, in both my personal and professional life but none more than another. My musical preferences would be acts like TOTO and The Eagles.
My personal idols are people who stand up to make a difference, and not the ones in the media: nurses in paediatric cancer wards [and] paramedic officers [for instance, or] anyone who would spend their time to learn how to truly help those in need.
What are you most looking forward to about the upcoming performances?
We have had a bit of a break, so I would have to say getting back together and playing some good music. It’s hard to imagine but, if you can, think of that feeling when the hairs on the back of your neck stand up when you hear something outstanding and you have a small part of that.

What do you enjoy about touring?
Touring has been laborious over the years which [is why we only play] select shows each year. Having said that, when we are together it is kind of like a fishing trip with the boys. Everyone is happy to see each other and we get the opportunity every night to do something special for those who come to see us.
What’s your favourite Bee Gees’ song?
My favourite song would have to be Our Love a song written by Barry for his younger brother, Andy.

Throughout the production, you perform pretty much all of the group’s hits. What are some of the crowd favourites and are there any that you dread performing?
All of the Saturday Night Fever songs are very well received but you also have a more mature part of the audience [who] enjoy the early songs recorded in the 60’s.
I don’t dread any of the songs but to be honest you really have to have your act together as the lyrics and the notes in all of their music are very different and change constantly within the song. No room for anything else but complete concentration.

What does preparing for such a high intensity performance involve? Do you have any pre-show rituals?
No band rituals, but everyone has a way of getting ready. There is a great deal of light-hearted humour between us all, but all of the musicians are very experienced and deal with their preparation professionally.
Personally, vocal warm-ups, no eating four hours prior, minor OCD (checking transmitter batteries) and the enduring “What have I forgot?” questioning. Then I just settle in for the ride. And what a ride!

How much time do you spend in rehearsal?
At this level the musicians are expected to come to rehearsals not only prepared with their tasks, but have a firm grasp on what everyone else is doing too. We have a full band rehearsal in the week preceding a tour including full stage production and a vocal rehearsal the day before and the day of the first show. Each subsequent sound check is also used to fine tune the internation (timing of vocal phrasing) and other parts [that] need attention.

Outside of The Best of The Bee Gees, what are some of the highlights and lowlights of your career thus far?
I’ve spent some time as a technical producer here and overseas on some major productions, tour-managed national acts in the 80’s, produced and managed sporting events and spent three years touring with six Penthouse pets. You can choose which are the high and low parts. I bet you get it wrong.

When not touring with this production, how do you spend your time?
I am proud to say I work in transport logistics for Startrack Express, who allow me the flexibility to continue working in my original profession. Other than that I have a green thumb and am a keen gardener.

How do you wind down after a big show?
It depends what we have to do the next day. If it is travelling early, then it is sleep. If there is time, we spend a bit of time back at the hotel with a bottle or two of wine and whatever nibblies we have saved, playing music …

What music are you listening to at the moment?
Right Now … Bee Gees – when driving, mowing the lawn, gardening and everything in between.

If you could perform with anyone in the industry, who would it be and why?
That’s a hard one. I am a person that focuses on the song rather than the artist. I have many favourite songs from many artists and can’t honestly single one out from the others.

What advice would you give to aspiring musicians?
The music Industry is not the same nowadays as it was when we started. Without stepping up on a soapbox and preaching the disappointments the current “instant star” TV Shows are producing, I think it is important for a new act to use the social media opportunities available to them.
There are no looming record company contracts anymore. They only want you when you have done all the hard work anyway. So get out and work hard, play everywhere and don’t miss an opportunity, no matter how small it may seem, because you never know who is in the crowd.

What else does 2016 hold for you?
A South Pacific cruise with some musicians who had a great deal of influence [on me] in my younger days. Apart from that … what will be will be.

The Best of The Bee Gees Tour Dates:
Twin Towns Services Club
 Saturday May 14
For tickets go to www.twintowns.com.au or call 1800 014 014