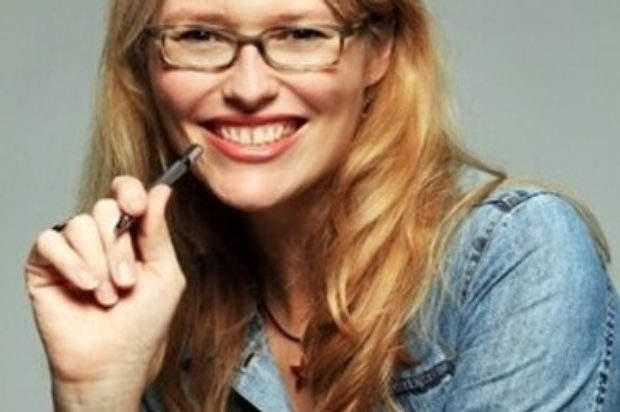 I am delighted to spotlight Nicola who is heading out to Brisbane Oz Comic Con this month. Nicola and I chatted on her journey to how she became a female comic artist.

How did it all begin and what inspired you to become a Comic drawer?

My grandmother was an artist as well as my mother, so culture was a big part of my childhood and very much part of my household. I was able to draw and had a natural affinity for it, whatever skills I demonstrated in the art department placed me in a good position. They gave me lots of guidance and my mother taught me a lot of art practice long before I was learning this in school. So that was the foundation but I didn’t pursue this further until I was in my late 20s.

You had first wanted to become an actor?

Yes I was wanting to be an actor but in the end that was not going any where, so this is where I started to amount the other skills I had, and sort out my career path. The drawing and illustrators is where I could see myself venture into and where I could make money from art. It made more sense to explore this type of work.

What were the challenges of getting started for you?

I knew it would be challenging as it is in all creative industries, it’s competitive and I was doing it with no information. I had to submit to the fact that I didn’t know much and therefore I was just going to have to ask some dumb questions to build Basic knowledge. It was incredibly daunting. The very first opportunity I had to show my work was here in Australia, but it is a very small pond and I realised that there was not much work here. I needed to go where the work was. You took yourself to America an incredible journey what did you endure?

I went to “San Diego Comic Con” which was then the biggest American show back then, so I was thoroughly overwhelmed as it was the “big pond”. There were so many people walking around with their portfolios, but something clicked in my head that I wasn’t emotionally invested the same way as someone was read comics, or the same way as someone creating comics. I was able to take criticism and find the help in it. At times even the meanest criticism I would look at as constructive and helpful and that helped me through those early couple of years breaking into a creative industry. Some of this can hurt and be devastating when you showing the editors your work and you just get non stop criticism.

When you’re at the beginning of your career journey you really don’t know what you’re doing. You think you know but that knowledge comes with experience and insight, and the experience of who you meet along the way. It can be really hard to mine through that advice because it can be very contradictory depending on who it’s coming from. And for anyone now starting out what is the first bit of advise you would give them?

It’s a really different world now starting out. There was no central media when I started and I got an email account for the very purpose to be able to communicate with Americans.

So I would suggest you’ve just gotta start creating and doing the work. I know that sounds overwhelming but this is one of the few creative industries that you can create in a bubble, you can write a little story and draw as well. Find a writer and draw them a little story or find a short story on line, but start small.

You may have great intentions but you can burn out on page 3, so my advice start small. Challenge yourself and create, and with that you always aim to get better at your craft. Now days you have the social platform which helps you to get discovered so by recording your work on them it can be seen. It has been said “that every comic artist has 1000 bad pages till they get to the good stuff”. That is not wrong, you have to find your shorts cuts and your flow.

I think I’d like to continue to create my own properties I will always go back to DC when time permits and I have a great relationship with the company, I feel very much part of the family there. There is an incredible amount of satisfaction in creating your own world so after black magic is done, which will be a while yet as its 30 to 35 issues and we are only working on issue 9, so we’ve got some time to go. I would like to continue starting to create my own series, creating stories, which helps me to find the next story. So I want to kind of reinvent my approach at that. This is how I keep myself challenged within the arts, find the interesting and creative path which works for any given story and adjusting my art enough to be able to push the boundaries.