EIREBORNE IRISH DANCE Irish dancers Van Morrison WOMEN IN DANCE by Caroline Russo | on July 13, 2022 | 0 comments | in Entertainment | Like it 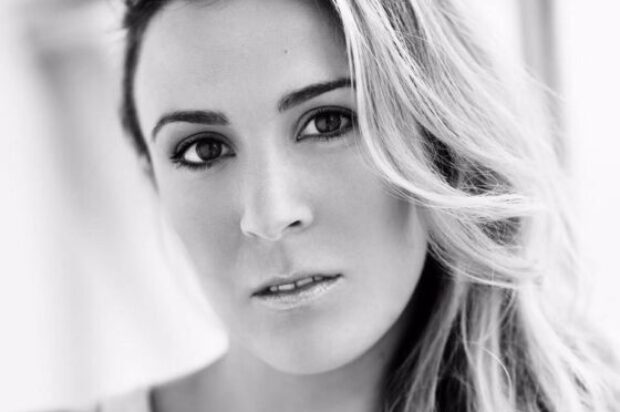 Peta is one of Australia’s leading Tap and Irish dancers and has been taking the world by storm by combining her knowledge in both Irish and Tap dance styles to create unique rhythms found within her love of both percussive forms of dance. I was delighted to talk to Peta over two parts on our utube channel but due to tec probs, but Peta is a force to be reckoned with as too her passion and dedication to her art.

Peta had started dancing at the age of 3 in Sydney, where she attended the McDonald college of the arts. After finishing high school, she went on to complete a diploma in performing arts at “Dance world studios” Melbourne.

Peta went on to tour with “The Rhythms of Ireland” around Australia and New Zealand straight after finishing her diploma which led her to performing with “Dance of Desire” in China. Peta then appeared on Ireland’s “RTE” TV program “Dance off” where she was chosen to perform as principal dancer and played the part of “Aisling” in the show “Noctu”, which then went on to perform in New York on Broadway, gaining 2 drama desk award nominations. Peta then went on to perform in Riverdance between 2011 and 2015, travelling all over the world including Australia, New Zealand, Ireland, Europe, Uk and China, as part of their 20th anniversary tours. Whilst being a part of Riverdance she also starred in their brand-new production “Heartbeat of Home” as part of the original cast performing in Ireland, China and Canada. 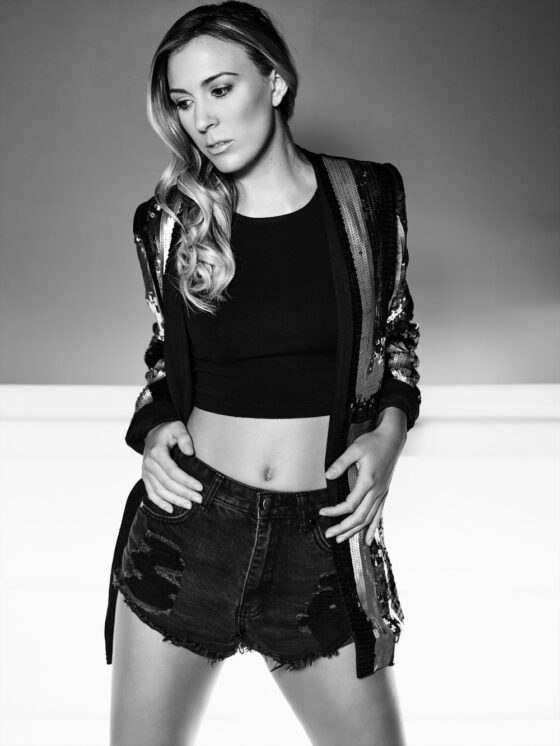 Peta was also a part of an arena tour of the UK performing in Ant & Decs “Saturday night takeaway on tour” dancing with the likes of Blue, Ashley Roberts, Peter Andre, and Westlife.

The brand-new show she has created is called “Eireborne” which tributes everything Ireland has bought to the world in both music and dance. Peta is so honoured that the first show she has helped create became international as “Eireborne” performed a residency in both Zurich, Switzerland and Hamburg, Germany.

Peta also performed on “The Voice” as the featured drummer for James Arthur as well as his film clip for his hit song “You deserve better”, and as a featured singer behind “Conrad Sewell”. 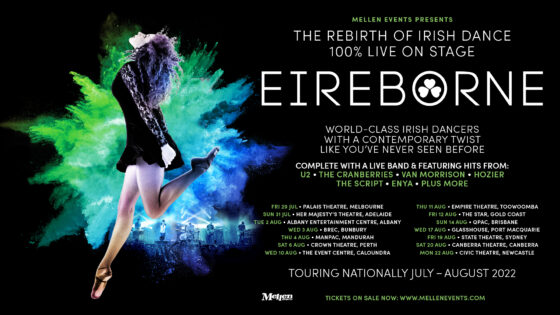 Peta is so excited to perform in the upcoming Australia tour of “Eireborne” and can’t wait to show Aussie audiences a show she has created from the very beginning. It is a dream come true says Peta!

To purchase tickets and view check all tour dates starting from July 29 across all cites and regional towns on www.mellenevents.com