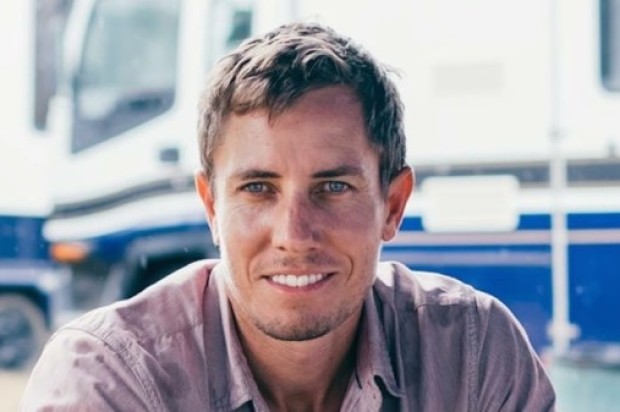 Scott Corfield – In The Spotlight

Scott Corfield graduated from QUT film school in 1999 and has since then worked in the film and entertainment production industry as producer, director and actor. Scott studied at The Actor’s Workshop and also The Lee Strasberg Theatre institute in New York before starting his own advertising and TV commercials production company in 2004.

Has produced and directed the comedy DVD ‘The Cadets in America’ staring Nova Radio’s Ash & Luttsy in 2005 and in 2007 Scott formed a partnership with IF award winning writer Chris Nyst. Their first independent feature together, ‘Crooked Business’, was released on 33 screens nationally and had its television premiere on the Ten Network in late 2011.

Dont Tell a true story that was made in Queensland is Scott new film he has just finished production and will be for first time screening at Australian International Movie Convention for opening night. We put a spotlight on Scott who lives in Gold Coast with his wife and new baby Farrah.

1. What attracted you first to the industry of film?

I really just loved watching movies so much as a kid that it just grew from there. Burleigh on the Gold Coast was a great place to grow up but I didn’t get the opportunity to do much overseas travel until my late teens so movies were a window into experiences and places that became a constant source of fascination for me.


2. What was one of the very first films you saw that had a impact on you?
I have so many favourite films from different periods of my life. Spielberg’s ET amazed me when I was a young boy and of course Indiana Jones movies were always just so exciting but the film that made be realise I had to do this as a career was The Shawshank Redemption. I still remember watching it in the main auditorium of the Gold Coast Arts Centre on like a Wednesday. I must have skipped out on some class as there was just one other person on the whole cinema. I never get tired of watching that film.

3. Crooked Business one of the first films you did as actor and producer what was it like working with Chris Nyst and rest of the cast crew?
Crooked Business was an ultra low budget caper film set on the Gold Coast and was a lot of fun but it’s always incredibly difficult to make a film when you don’t have money to fix your production problems with. Luckily we had a dedicated crew and cast and Chris Nyst was the writer as well as the director so he and I worked very closely together. I’m still pretty proud of that film given the resources we had. I think the total wardrobe budget was something crazy like a few thousand dollars so a lot of the clothes worn by the actors belonged to Chris and I. 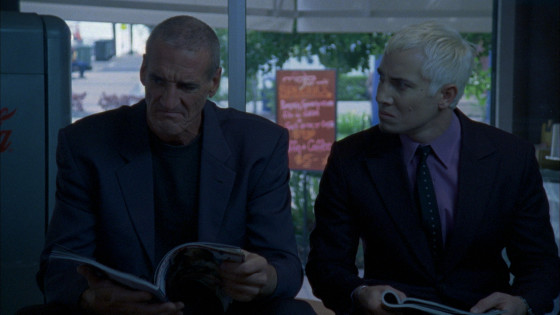 4. DONT TELL’, your new film you just finished production on, can you tell us a bit on the film and how this all come about in your interest to pursue it and write it?

Don’t Tell came about when Stephen Roche approached me and asked how hard it would be to turn his book by the same name into a film. I’ve had a lot of films since Crooked Business fall over due to funding difficulties and so was completely honest with Steve saying it would be virtually impossible. I then read his book and the story was so moving and profoundly important, at a time when so many deeply disturbing stories were being uncovered by The Royal Commission into Institutional Responses to Child Sexual Abuse that I promised Steve i’d give it my very best shot. And here we are with a finished film staring some of the finest working actors around. I guess the timing is right for some stories and this being closely based on a true story makes it even more meaningful. 5. Casting of the film did you have Jack Thompson and Rachael Griffiths in mind for the leads and was it hard to attain them?
Casting a movie is a long process and it has a lot to do with which actors are going to be available when you shoot. Don’t Tell isn’t a big budget film by any stretch so the best shot you have at getting a great cast like we have is if they connect with the story and its message. And then you need a stroke of luck for them to all be available for the shoot at the same time. I feel very fortunate to have so many great actors in this film and again the timing was just right. As a producer you hope to get one or two named actors that an audience will recognise but we have so many in this film that we couldn’t fit them all on the poster in the end. Now that’s a very good problem for any producer to have.

I’ve always been a huge fan of Jack Thompson right from when I watched him play Clancy in The Man from Snowy River. The old VHS I had of that movie when I was 6 years old got played so many times that in the end it just feel apart. 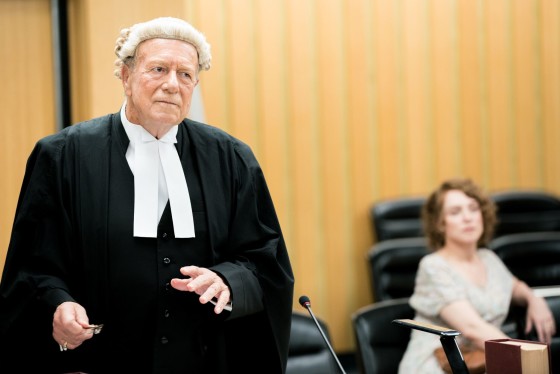 6. How long did the shoot take and where was it made mainly where ?

The Don’t Tell shoot was pretty tight as we had a number of actor availability issues we need to factor in. Aden Young and Robert Taylor needed to go back to the US for their lead roles Netflix series and then Susie Porter was shooting another film at the same time so in the end we only had a 5 week shoot. Most of it took place in Ipswich as we found an old courthouse that was about to be demolished so we based a lot of our production out of there. It was like having a mini studio in the end. The rest of the shoot took place in Toowoomba as that town is just so unique that we couldn’t find locations that could work as well as the real thing. Both Ipswich and Toowoomba were very film friendly which makes a huge difference when you are working on tight budgets. 7. How was the overall experience shooting such a true story like this?

Making a film based closely on a true story is a real challenge as it’s always a question of how far you take the narrative away from the actual events. They old saying of “never let the truth get in the way of a good story” just didn’t apply to us with Don’t Tell as we decided very early on that we wanted to make it as authentic and real for our audience as possible. This became even more important for me after having the opportunity to meet Lyndal. She did a courageous thing in speaking out as she did and in the end all the drama and twist and turns we needed for the film were right there in front of us. What Lyndal (played beautifully in the film by Sara West) went through as a young girl and as a young women certainly deserves it’s place on our cinema screens.

8. Whats the plan for the film next year in releasing it?

Don’t Tell will be released in cinemas in Australia in mid 2017 but before then we’ll do the international festival circuit and work on selling the film to international territories. It’s is a story that will resonate universally so I’m confident the film will be well received by international audiences. 9. Who would be your 5 favourite actors all time?
My wife only seems to know him ‘the pasta sauce guy’ but my favourite actor of all time would have to be Paul Newman followed closely by Morgan Freeman and of course that Aussie legend of cinema Jack Thompson.

10 What is the 5 things you would have on your bucket list?
I’ve been fortunate enough to have done quite a bit of travel and have lived for a time in both London and New York so my bucket list keeps changing as I strike things off. At the moment my top 5 would be:

1. Watch Don’t Tell at an international film festival
2. Make a TV drama series
3. Run a marathon
4. Create a web series that raises awareness of our environmental issues
5. Take my daughter Farrah for a swim and an ice cream at my favourite beach in Italy