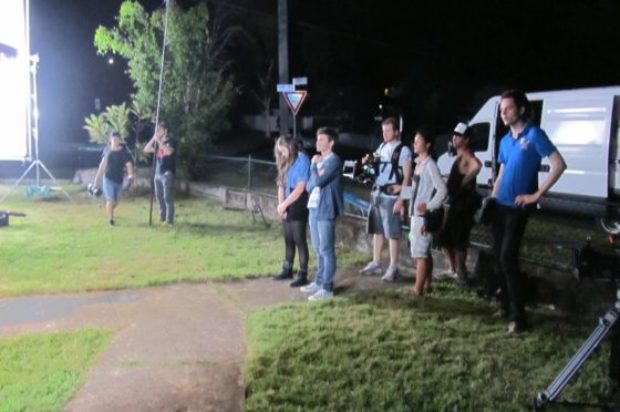 How did you get your start?
I saw an ad in the paper one time. They wanted an actor for a play. Then a friend had a manuscript and he wanted me to have a look at. I really liked it so I turned it into a screenplay. Then I saw an advertisement looking for short films in Brisbane. I wrote a short film and directed it. We also took turns using the camera. When he was acting I used the camera and when I was acting he used the camera.. We didn’t do too well in Brisbane but we made the finals in Bathurst where it played a couple of times. I just kept going from there. What pushed you to pursue a career in the film industry?
It was just an accident really. I like doing what I did and I thought I’d keep trying for a while. Then I met a lot of wonderful people from both the acting side and the other side. Some of my best friends are in the film industry. It’s different like say if you are working at Woolworths and you’re sick. You could come back the next day and no one really knows you’ve been sick. They won’t take any notice but in the film industry working on a film and you get sick everyone asking “How are you?”. It’s really nice. They’re a nice bunch of people to work with.

What films have inspired you?
I like watching any type of films. I’m a big fan of John Wayne’s Westerns but I also like Horror, Drama, Sci-fi, Comedy and Romance. I really love watching Supernatural. That is an amazing television show. You get so many good ideas from watching that show with how you want to do things. Two years ago I directed a short film for Singapore that had a ghost in the film so I took an idea out of Supernatural. I’m also a fan of Quentin Tarantino and Robert Rodriguez. I think a lot of people go to film school and they spend thousands and thousands of dollars but you can learn just as much from watching movies.

What have been the personal highlights of your career?
Actually, I think it was doing Rarity. We’ve done so well out of it. One of the biggest ones was the one we won for the Los Angeles Horror film competition. There’s a different highlight with every movie but I think getting the chance to direct Rarity and have it win those awards was a highlight for me and pretty awesomeish. 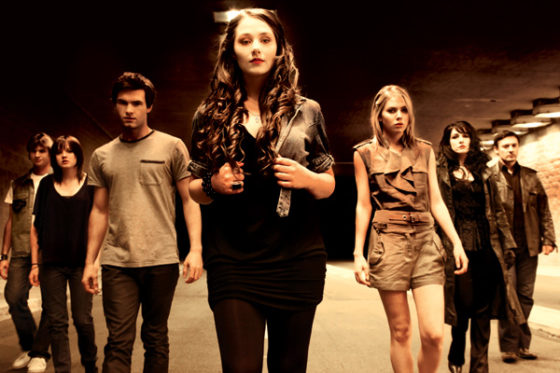 Were there any challenges getting the production of the Rarity started?
Yes. When we first started we had a flood. It was 2011 when we had the big floods. Heather Beck the writer of Rarity wanted to start filming when the floods were happening. We couldn’t do anything. I said “no, I can’t do it. Can we just wait a few more weeks?”. So we waited a few more weeks and we got three days of sunshine. We shot the whole lot in three days and it turned out pretty awesomeish.

What was the most rewarding moment where you felt your hard work had paid off?
I thought it was while I was watching a scene when I was directing it. In this scene these three characters were getting out of this car and they walk up the stairs and you can see the shadows on the outside wall of the house. One of them moved up to where the door was and then another went up and a third went up and it had a big wow factor. That’s the highlight. Also having the screening on the Gold Coast. Everyone said they loved it.

Which of the roles you took on in the process of making the Rarity did you enjoy most?
Directing. Directing is like a painter. You get your paint and your canvass and theres nothing there but you put it all together. It’s what you do when your directing, you’ve got a blank canvas and you’ve got a camera, you’ve got everybody there and suddenly they all stat moving into the right spot. It is supposed to turn out to be a masterpiece but it doesn’t always but if you do it to your best ability and as much as you like doing it as long as it comes through as your vision it doesn’t matter what anyone else says.

The Rarity has shots and effects that are reminiscent of various horror films as well as teen monster flicks. What classics inspired the style you were looking to capture in this film?
I like the old Hammer horror films, Dracula. We didn’t want to be Twilight. I always thought the film was a mix between Twilight and Supernatural except but our vampires don’t glitter. It’s actually a teenage angst film. I suppose you could say there’s maybe a little bit of Twilight in there. It’s a story about boy meets girl, boy loses girl, boy finds girl, girls parents are killers.

What upcoming projects are you currently working on?
At the moment I’m working with Carlo Irwin from Hollywood in California. He’s my business partner and we’ve got ten projects there, both features and television shows. I’m working with Karen Brakenridge from Superstylin Biz in Los Angeles. She’s got a project in Europe that I have been asked to be an Executive producer on and she’s also helping to produce a Rarity feature. I’m also working with Auspol Media and Guy Perrine In Sydney. I am the head producer for the Qld division. That should keep me busy for a couple of years. 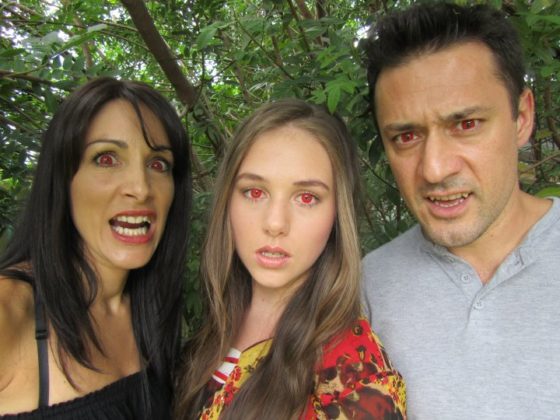 Do you have any advice or tips for aspiring filmmakers?
If you want to work in film, work in film. When I started off they didn’t have any internet and I didn’t know about film school but if you feel you want to go to a film school, go to a film school but if you know somebody or if there is a film being shot where to live get in touch with these people and say “I don’t know much about film making but I want to learn”. 9 times out of 10 they’ll say yes and just do it. Go on a film set just for the experience of what you want to do. You might want to do makeup, you might want to be a director or producer, you might even want to be part of the catering crew. Just get on a film set to see what it’s like and each person will try and help you. They’re amazing people, they really are.