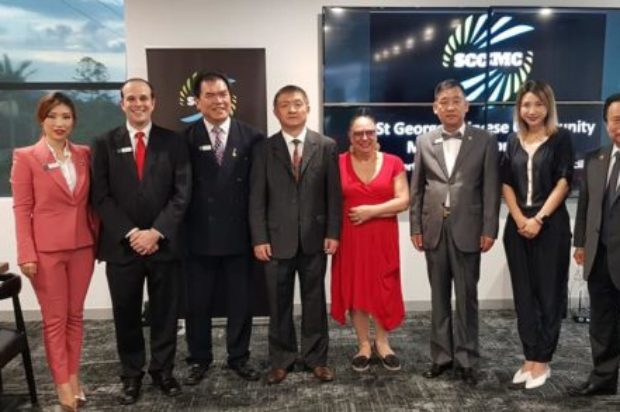 A Gathering and fundraiser dinner brought together the committee of St. George Chinese Memorial in Brisbane Queensland with strong supporters and special guests at the Australian Southern Brewing Group’s Brisbane Cellars who sponsored the venue and wines on the night last Friday night 22nd March 2019.

MC Lewis Lee OAM who is a very active charity worker with Multi-Cultural Community in Brisbane has been active in assisting in the St George project with Chairman businessman Mr Jack Sun. The project over the last 15 months has been worked on raising money and awareness that was directed to make amends to the graveyard of past Chinese residents. Jack Sun gave a great overview to the guests and thanking them for all the donations that have amounted to produce a memorial presence for the ST George cemetery, that honors the past resident’s workers of Chinese in the region that sadly had no presence over the years due to fire damage.

A St. George’s Commemorative Book – that was written by Mr. Chek Ling, who gave a insightful talk who is the author of “Memorial to the Amoy Shepherds”, introduced the hardships of the Chinese people who arrived in St. George’s City of Queensland for the first time 170 years ago. The story of early Chinese efforts to integrate into Australian society.

The committee is now preparing to go out to St George to unveil the St. George Chinese Monument later this month.