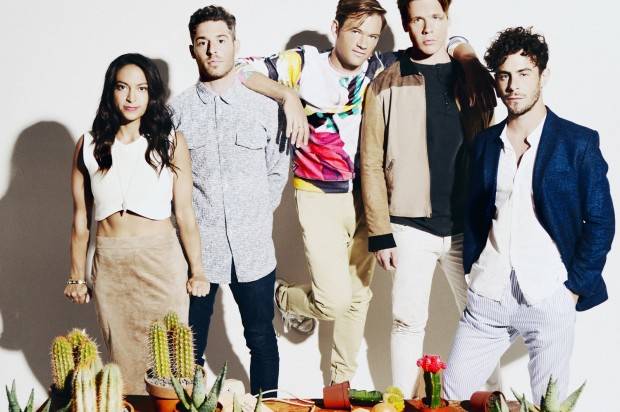 TO BE RELEASED JANUARY 29th

St. Lucia have revealed that their new album MATTER will be released January 29, 2016 via Columbia Records and Sony Music Entertainment Australia. The band’s much-anticipated sophomore record, the follow-up to their breakthrough debut WHEN THE NIGHT, was produced by bandleader Jean-Philip Grobler along with Chris Zane (Passion Pit, The Walkmen). Having recorded the record primarily on a studio consul formerly owned by Gloria Estefan and Miami Sound Machine, Grobler compares MATTER to the band’s first LP by saying “if the last album sounded like the tropics, this album is the desert”.

 New song “Physical”, a primal dance track, follows the success of the band’s current single “Dancing On Glass”,   which reached the top 5 on Spotify’s Global Viral Chart and has been streamed globally nearly 3 million times in  one month, making it the band’s fastest rising single yet.

Pairing propulsive synths with a driving beat, Grobler describes “Physical” as follows: “Physical is about giving up control in a sexual situation and having an intimate experience that is purely carnal in nature. The music and lyrics develop together: a minimal and tight first half of the song makes way for a lush coda, just as the ‘physical’ experience moves from tension to release.”

The band has also released live versions of several new tracks recorded yesterday on KCRW’s acclaimed ‘Morning Becomes Eclectic’. As host Jason Bentley put it: “This should be the biggest band in the world right now”. You can stream the entire 45-minute performance and interview here: http://www.kcrw.com/music/shows/morning-becomes-eclectic/st-lucia