Stan THE ROOK trailer release by Caroline Russo | on June 4, 2019 | 0 comments | in Entertainment | Like it 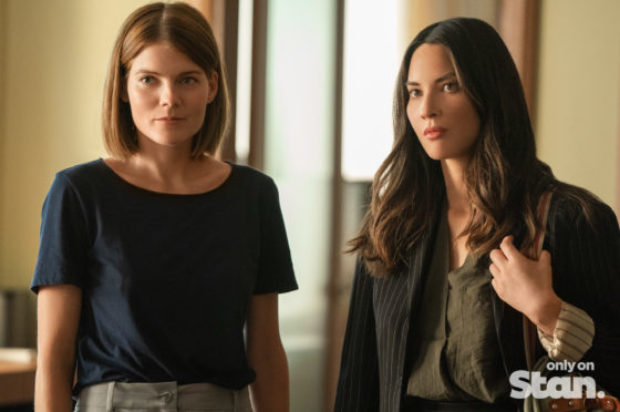 Stan today released the official trailer for the electrifying new supernatural STARZ Original series “The Rook.” Featuring Emma Greenwell in the title role of ‘Myfanwy Thomas,’ the official trailer provides a nod to each character’s abilities and gives deeper insight into the highly-anticipated new season, which will premiere in Australia only on Stan on Monday, July 1.

The new trailer also offers a thrilling new look at Joely Richardson (“Nip/Tuck,” Red Sparrow) as ‘Linda Farrier,’ Olivia Munn (“The Newsroom,” The Predator) as ‘Monica Reed,’ Adrian Lester(The Day After Tomorrow, “Riviera”) as ‘Conrad Grantchester,’ as well as Ronan Raftery (Fantastic Beasts and Where to Find Them, “Moone Boy”), Catherine Steadman (About Time, “Downton Abbey”) and Jon Fletcher (“Genius,” “The Messengers”) as ‘The Gestalt.’

About The Rook
“The Rook” is an eight episode supernatural spy thriller drawn from the 2012 debut novel of Australian author Daniel O’Malley. It tells the story of Myfanwy Thomas, a woman who wakes up in the rain beside London’s Millennium Bridge with no memory of who she is and no way to explain the circle of latex-gloved dead bodies splayed around her. When Myfanwy discovers she is a high-ranking official in the Checquy, Britain’s last truly secret service for people with paranormal abilities, she will have to navigate the dangerous and complex world of the agency to uncover who wiped her memory – and why she is a target.

“The Rook’s” star-studded cast is led by Emma Greenwell (“Shameless”, “The Path”), and also includes Shelley Conn (“The Lottery,” How Do You Know) and James D’Arcy (“Agent Carter,” Dunkirk).

“The Rook” premieres on Stan on July 1, with new episodes dropping weekly