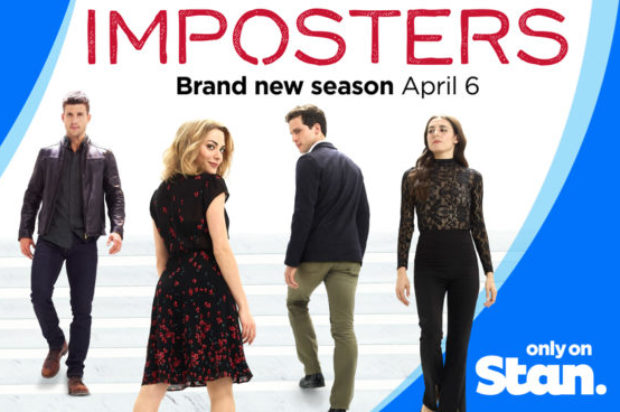 Last year’s breakout drama IMPOSTERS returns to Stan tomorrow, April 6 for an all new season of twists and turns. Season 2 of the hit show will stream on the same day as the U.S. with new episodes dropping weekly.

The first season of IMPOSTERS received critical acclaim with a 100% fresh rating on Rotten Tomatoes. The New York Observer wrote that IMPOSTERS was “the best TV show of 2017” and Variety added that “Imposters is so fun to watch”.

When we last met sultry seductress and sneaky con-artist Maddie (Inbar Lavi) in Season 1, she was on the run from Lenny Cohen (Uma Thurman) while her last three bumbling victims had joined forces. Now, Maddie is trying to lay low but with the FBI sniffing at her heels, a new con can’t be far away – because once you’re in the game, it’s not so easy to get out.

Season 2 of IMPOSTERS will premiere April 6 exclusively on Stan