STELLAR CAST NAMED FOR SYDNEY PREMIERE OF MY FAIR LADY 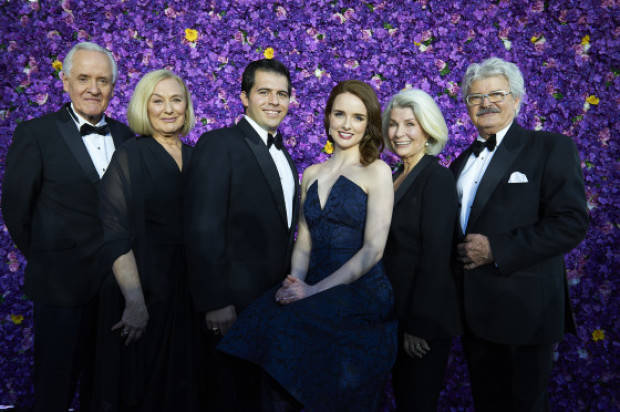 Producers John Frost and Opera Australia’s Lyndon Terracini are thrilled to announce a stellar line-up of Australian stars and theatre royalty for the highly anticipated opening of Lerner & Loewe’s My Fair Lady directed by Julie Andrews.

Opening night at the Sydney Opera House on 6 September will be the culmination of several years of research to help recreate and present the original Broadway production of My Fair Lady which opened in 1956 starring Rex Harrison and Julie Andrews.

This production will celebrate the 60th anniversary of this beloved musical which took the world by storm, telling the tale of a Cockney flower girl named Eliza Doolittle whose world was forever changed by the brilliant and demanding phoneticist, Professor Henry Higgins. The clash of cultures sparks some of theatre’s most witty dialogue and wonderful songs.
Headlining the new company are acclaimed British performer Alex Jennings, as Professor Higgins and the young Australian star, Anna O’Byrne, as Eliza Doolittle. Joining them is an outstanding cast. Reg Livermore will play the role of Alfred P. Doolittle. Robyn Nevin will play Mrs. Higgins and Mark Vincent will play Freddy Eynsford-Hill. The role of Colonel Hugh Pickering will be played by Tony Llewellyn-Jones and Deidre Rubenstein will play Mrs. Pearce.

Alex Jennings is a three time Olivier Award winner and is one of the U.K’s best loved theatre performers. He has worked extensively with the Royal Shakespeare Company and The National Theatre. Known for his versatility, Alex is the only performer to have won Olivier Awards in the drama, musical and comedy categories. He has starred in several films, including the acclaimed 2015 featureThe Lady in the Van. Other film appearances include The Queen, The Wings of the Dove, Bridget Jones: The Edge of Reason and Babel.

Anna O’Byrne graduated from the Victorian College of Arts and has a growing international career spanning opera, theatre, concert and film, with starring roles in theatre productions including Love Never Dies and The Phantom of the Opera.

Julie Andrews, who created the original role of Eliza Doolittle in the Broadway and London productions directed by the legendary Moss Hart, will be taking the helm for this new production. “I am thrilled to be working with this extraordinary cast and crew. Having the opportunity to meet so many actors during the auditions opened my eyes to the vast amount of talent in Australia. I am excited to welcome lovely Anna O’Byrne and simply delighted that Alex Jennings will be portraying our Professor Higgins. Directing this lovely piece will allow me to honour my mentor, Moss Hart, and hopefully expose a new generation of theatre lovers to this important musical.”

Renowned producer John Frost said “it has been such a joy to work with Miss Andrews in recreating and celebrating the iconic 1956 production. There is no better person to capture the magic of this musical masterpiece.”

Co-producer Lyndon Terracini, the artistic director of Opera Australia, said “nothing could be more fitting for Opera Australia’s 60th birthday than to have Julie Andrews direct the 60th anniversary production of My Fair Lady. This is a brilliant musical that charms audiences with its warmth and vivid characters.”

NSW Minister for Trade, Tourism and Major Events, Stuart Ayres, said “Sydney is Australia’s home of major event theatre and this landmark production of My Fair Lady will be a highlight for 2016. We’re proud to support the production through our tourism and major events agency Destination NSW and expect more than 19,000 overnight visitors to travel to Sydney to see the production, injecting an estimated $7 million into the NSW economy.”

In 1956 Alan Jay Lerner and Frederick Loewe’s masterful retelling of George Bernard Shaw’s Pygmalion took the world by storm. Creating the enchanting character of Eliza Doolittle was a young Julie Andrews in only her second role on Broadway. My Fair Lady catapulted her to international stardom.

My Fair Lady previews commence at the Sydney Opera House on 30 August followed by a gala opening night on 6 September.

Anna O’Byrne who will be playing Eliza Doolittle. 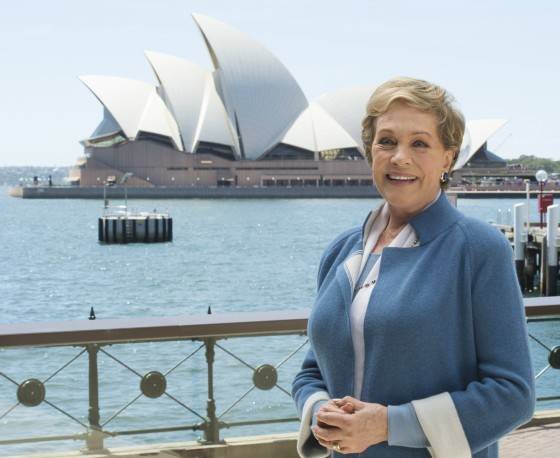 The iconic Julie Andrews, director of the show.