STEVEN OLIVER BIGGER AND BLACKER IS UP FRONT AND REAL “Leave your judgement at the door and everything you know…”

This is cabaret as you’ve never seen it before!

Bigger & Blacker is a comedy cabaret guaranteed to get you laughing, thinking and shimmying in your seats over one action-packed hour of entertainment.
Steven Oliver, the star of ABC’s hit television series Black Comedy, is fresh and fabulous in the world premiere production, based on his own life.

Steven gives his all on stage and he will make you laugh, tear up and feel deep emotions that I say each individual will feel something that’s related to his storytelling. I admire the talents of this entertainer and the full house just embarrassed him for what is one-man show with great musical direction combined. 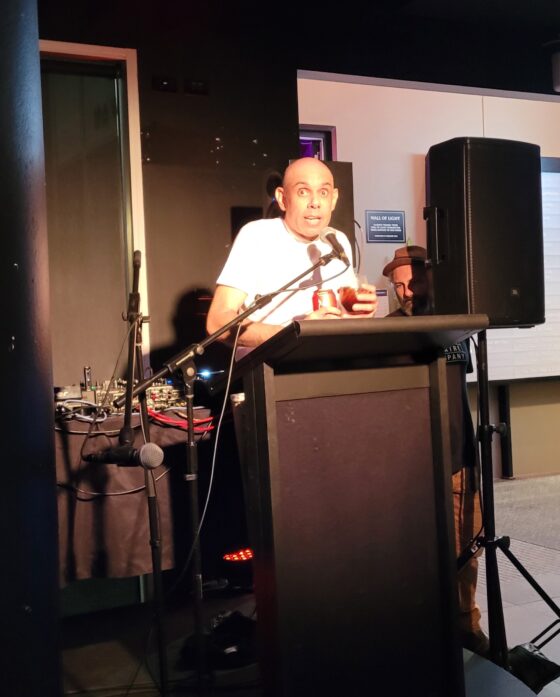 As well as a seasoned performer, Oliver is a talented songwriter whose original score runs from perky pop to urban rap to lilting lullabies.