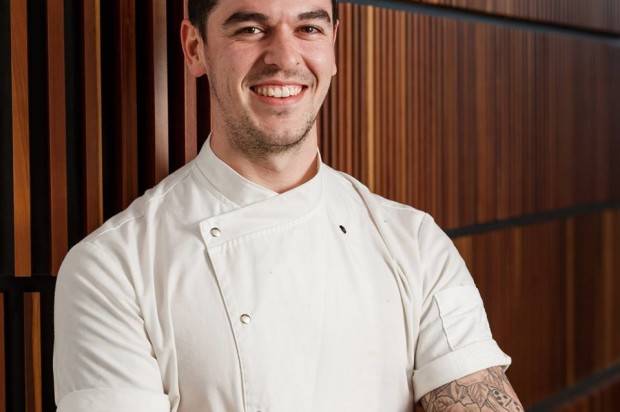 The Van Haandel Group is stoked to announce that it has appointed the award-winning Oliver Hansford from Gauge Brisbane as Head Chef for Stokehouse City Restaurant, Melbourne.

This follows the recent announcement of the promotion of Brisbane-based Richard Ousby to Executive Chef across Stokehouse Restaurants Australia-wide, and continues the Group’s reinvigoration. Richard has been Head Chef at the award winning Stokehouse Q in Brisbane.

Ollie returns to the Van Haandel Group, having been a key member of the Stokehouse Q kitchen team for two years until earlier this year. The appointment continues Ollie’s stellar rise, which has seen him receive personal accolades, including the Brisbane Times Good Food Guide 2016 Young Chef of the Year Award, and many other compliments for his food as Head Chef at Gauge, Brisbane.

Ollie will commence at Stokehouse City Restaurant in late September, ‘‘Ollie will bring his own unique style of cooking to Melbourne along with his enormous energy and enthusiasm,” said Frank van Haandel. “I’ve always been impressed with his composure and creativity and we feel he is the perfect fit for our new City menu direction.”

“I’ve recently spent some time in Melbourne and have huge respect for the local dining scene. I’m very excited to be back with Stokehouse and I just can’t wait to get stuck in and work with the great team at Stokehouse City and of course Richard,” said Ollie. “I will always be so grateful to Jerome Batton for giving me my first Head Chef opportunity, I leave Gauge wishing them only the very best,”

“This is really exciting,” said Richard Ousby. “I have so much respect and trust for Ollie, I cant wait to work with him again,”

Ollie’s passion for food started from a young age and his background is rich in food experience with an impressive European pedigree. He studied at London’s finest catering college; Westminster Kingsway and has worked at London’s Soho House, before moving on to learn his trade under Michelin star chefs Simon Hague at Mallory Court and Galton Blackiston at Morston Hall in Norfolk.

Stating that ‘you should never stop being influenced’, Ollie left Leicestershire in 2011 where he helped run the Two Rosette Woodhouse Restaurant, and headed to Australia, quickly landing a position with Stokehouse Q in April 2013.

Ollie is renowned for his modern, respectful, produce driven approach. This has remained a constant wherever he has worked and he is continually pushing his cooking forward. ‘There is a lot of science in cooking these days, some of the greatest chefs are technicians also, and it’s a style of cooking that suits me’ said the English-born Hansford.

Ollie will relocate to Melbourne from Brisbane to take up the role, with Richard currently overseeing the Stokehouse City team.