STOMP IS BACK WITH A BANG 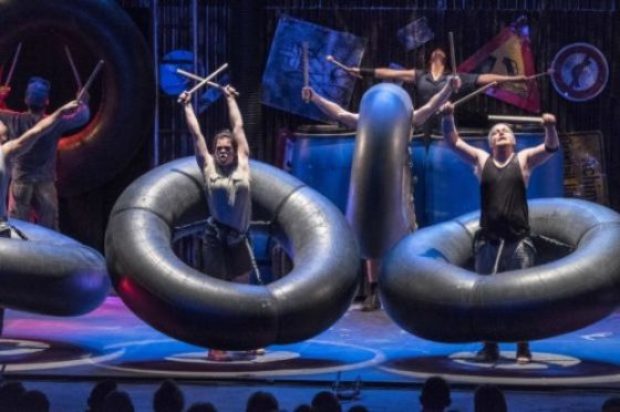 The wordless industrial strength rhythmic explosion, Stomp, is back in Australia with a bang and an energetic cast of eight.

The bang, crash show, which features an array of ordinary everyday objects turned into percussion instruments, is playing The Star Casino before heading off to Adelaide and Sydney.

In fact anything that can recreate an authentic drumming sound to match the boot bang of the performers’ precision movements.

The entertainment also employs brilliantly timed juggling feats, along with some gymnastics and a hilarious brand of mime, which keeps the show alive.

Stomp could easily become boring – and frankly the drumming is repetitive – but there’s a variety in the presentation which comfortably holds an audience for its 90 minutes.

Stomp is a one-off, which came into the entertainment world courtesy of Steve McNicholas and Luke Cresswell in the UK in 1991, and has thrived ever since.

The original Stomp show debuted at London’s Bloomsbury Theatre and has played to capacity audiences around the world ever since.

It has been seen in the West End and on Broadway and despite ending a 15 year run in London last year is tipped to be around for a lot longer.

This is a one-off must see show, which opens to the uninitiated in a fog of confusion, but grows in wonderment as the physical-driven team takes it audiences to places they could hardly imagine.