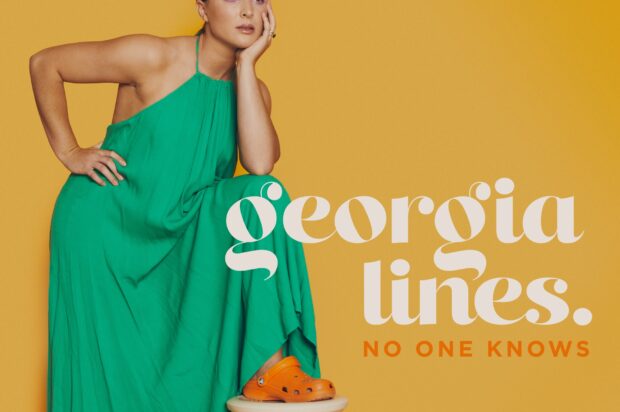 Follow up to debut single: ‘Vacant Cities,’ ‘Never Had Love’ & ‘Made For Loving’
Georgia Lines has 1.5 Million + spotify streams on her debut EP ‘Georgia Lines’
Georgia featured on Pacific Height’s track ‘In Bloom’

Independent Artist Georgia Lines possesses a Singer / Songwriter heart, wrapped in a slick layer of sophisticated, R&B-tinged pop. The discovery of her soulful vocal ability and song writing nous (during her teenage years), has sealed Georgia’s fate as one of New Zealand’s most promising new solo Artists. Voyaging from her home base in Mount Maunganui to Auckland, Texas and beyond, Georgia is drawn to collaboration and the stories of human existence that unite us all.

Georgia’s trajectory began with the release of her stunning debut single, Vacant Cities in February 2019. This official debut release connected instantly with MTV AUNZ who made the video their ‘Upload of the Week’ and generated instant radio airplay support from ZM.

Georgia has amassed well over 1.5 million Spotify streams and climbing, for her debut EP release. Following her stunning recent track: ‘Made For Loving’ which also featured a funky house mix by Jack Burton, Georgia explains the story behind ‘No One Knows.’ “This is a song that carries many meanings for me. If I were to boil it down, I would say it is a song about expectations, about people pleasing and feeling tired of doing things because that’s what I feel is expected, or because that is the way it’s always been. It’s about looking & longing for the truth amongst the noise and about finding clarity in the murky waters.”

Working with Producer: Djeisan Suskov: “I have really loved working with Djeisan for not only this song, but for this whole project. Creatively he is so talented, and not only that, but he has an incredible gift of encouraging and drawing out a sense of vulnerability, truth, honesty and creativity that I feel has then been captured in these songs. It’s one thing to create or find an environment which encourages creativity, but it’s another thing to find someone who can help articulate and create something that feels true and deeply honest to me as an artist and as a human.”

Georgia also featured on Pacific Heights’ New track: ‘In Bloom.’ The Tauranga based singer offers a heartfelt plea, against ambient pop backing, with shimmering flourishes of nostalgia before the track ripens into a punchy dance laden ballad. Lines’ fighting spirit is powerful, sounding both whimsical and resolute on a track that packs plenty of heart, soul and emotion.

Georgia’s story has only just begun. Expect more music and live dates in 2021.

No One Knows (Out everywhere April 16) and Georgia Lines’ self-titled debut EP are available now through all streaming platforms.