Sun Rising: The Songs That Made Memphis 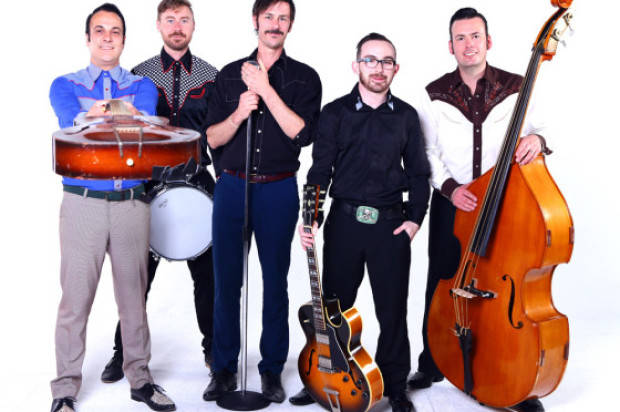 ELVIS PRESLEY, JOHNNY CASH, ROY ORBISON AND MANY MORE CELEBRATED IN THE SONGS THAT MADE MEMPHIS – APPEARING AT QUEENSLAND CABARET FESTIVAL
Brisbane Powerhouse presents Sun Rising: The Songs That Made Memphis

“It was brilliant … packed full of energy and passion, the set list was out of this world.” BEAT MAGAZINE

“This is a fine production in every aspect. History comes alive.” IN DAILY

“The five-piece band was energetic, funny, pitch-perfect and undeniably dedicated to
this particular era in Rock’n’Roll.” AAA BACKSTAGE

Following critically acclaimed shows around the country including a sold out season at Adelaide Cabaret Festival 2015, Brisbane Powerhouse presents Sun Rising: The Songs That Made Memphis as part ofQueensland Cabaret Festival from Fri 10-Sat 11 June 2016.

Co-creators Dave Cosma and Damon Smith created the show “based on passion and borderline obsession” as a homage to some of music’s biggest names and the man who discovered them – Sun Records founder, Sam Phillips.

“After falling in love with Elvis when I was a kid, I became obsessed and naturally as I discovered his work, came across his Sun Record releases and in turn discovered so many other great Sun artists. The music is hard to ignore,” says Cosma.

“We wanted to celebrate the artists, but also raise a glass to the man who started it all. Sam Phillips started Memphis Recording Service in 1949 and started the Sun Records label a few years later in 1952. These artists walked through Sun’s doors virtually unknown and would eventually become household names.

“We’ve done our best musically to capture the originality of the songs, as they were recorded in the ’50s. It’s easy to over complicate such simple songs so we’ve done our best to maintain their original charm to honour the legacy.

Audiences will also hear famous tales, anecdotes and faithful renditions in this acclaimed cabaret show that has also received endorsement from the son and family of Sun Records founder Sam Phillips. 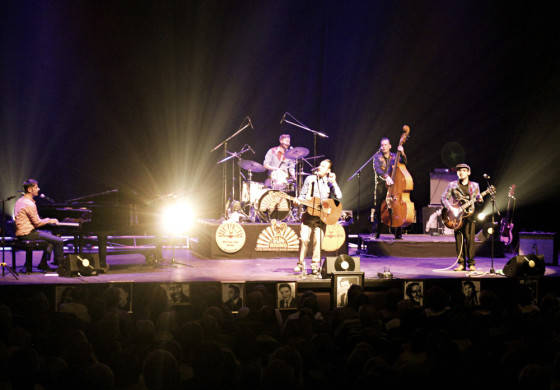