SUN SETS ON THE BEST MUSTER EVER Weekend Wraps up on the Best Muster Ever!
The campfires have been put out, the tent pegs pulled and a whole host of happy campers have returned home from their pilgrimage to the Amamoor Creek State Forest, with fond memories of what will no doubt go down as the best Gympie Music Muster to date!

From Thursday 28 – 31 August, over 50,000 punters from all over the country (and the world), enjoyed music, dancing, great food, poetry, and all round revelry at the Australia’s largest charitable music and camping festival – and number one bush bash. 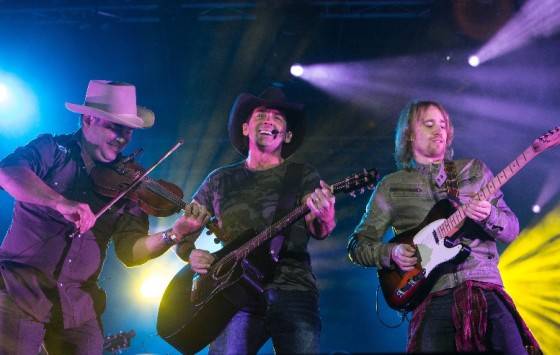 Behind the scenes there was a sea of volunteers who were the driving force of the event, without whom there would be no Muster for people to enjoy.

Gympie Music Muster General Manager Jeff Chandler said he couldn’t have been happy with the way things turned out.

“We are really ecstatic with this year’s Muster, the performances, the weather and of course the crowd,” he said. “I don’t think you could find a friendlier, happier crowd at any music festival in Australia. I really do think this was the best Gympie Music Musterwe’ve had, but we’re going to be pulling out all stops to top it in 2015.”

Muster by the Numbers

50,000+ – Aggregate number of Muster attendees over the four days.

80% – of the Muster attendees were also campers.

120 – Performers who graced the Muster stages

200 – Performances over the course of the event.

The Muster exceeded the data usage of the town of Kingaroy, essentially making it a little town in the bush.

Did you know Gympie was originally called Nashville? That’s right, Gympie was founded by one James Nash and it shared its name with the world’s country music Mecca. 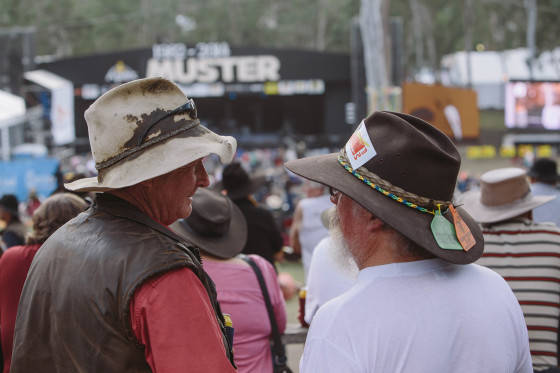 The festivities kicked off in fine form and fine weather on Thursday morning with X-Factor favourite Caitlyn Shadbolt helping the team from Sunrise TV with a live weather cross to the site. That evening crowds at the Main Stage were wowed with performances by multi-award winning mainstay Jon English and Australian born, Nashville-based husband and wife duo, O’Shea.

It’s always a riot as things pick up on Friday night at the Muster, and this year didn’t disappoint, with plenty of campers arriving at the site for the weekend. McAlister Kemp’s show blew audiences away with the addition of a full Scottish military band complete with kilts and bagpipes.

The King of Country, Lee Kernaghan, drew a huge crowd to the Main Stage andARIA Hall of Famer, Russell Morris, satisfied audiences at the Blues and Roots stage with his popular repertoire of new and classic tunes.

One of the most heart-warming stories of the festival came on Saturday when Muster organisers and charity partner Buy A Bale provided tickets and transport to 100 farmers from the South Burnett region who’ve been struggling with severe drought conditions, for a day off filled with fun, laughter, a private performance by Sara Storerand even a free beer.

True to form as Muster Ambassadors, The McClymonts entertained the venue capacity crowd later that evening with hit after hit, while reminiscing on how their careers started out at The Muster Talent Search years earlier. Things heated up whenKasey Chambers started her set, blasting out raw, bluesy songs from her latest album, heard live for the first time at the event.

Country legend and Muster veteran Adam Harvey played two sets, on the Main Stageand at the Muster Club and was ecstatic with the event’s atmosphere.

“The Gympie Music Muster is kind of like the Woodstock for country music fans, you go up there and camp and go crazy for a week, it’s a lot of fun,” he said. The good weather and great vibes held on through to Sunday, for an incredible wrap-up to the Muster. Golden Girl Sara Storer made a final appeal for donations to drought stricken farmers through the Buy A Bale foundation and the man compared to a modern Slim Dusty, John Williamson, finished up performances on the Main Stage with a string of crowd-pleasing string of hits.