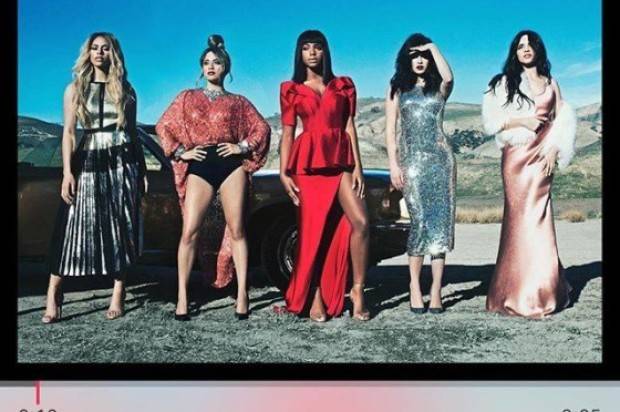 Pop supergroup FIFTH HARMONY set social media a buzz with a surprise announcement of their brand new single, second album and cover art reveal. After months of speculation and excitement, single ‘Work From Home’ featuring Ty Dolla $ign, is now available everywhere. ‘Work From Home’ is the first single off their simultaneously announced upcoming sophomore album, 7/27. The album is available for pre-order now with the single as an instant-grat with purchase, and set for a May 20th release via Epic/Syco Records and Sony Music Entertainment Australia.

‘Work From Home’ is off to a tremendous start following the Elvis Duran/Z100 U.S radio premiere and single release over the weekend already hitting #1 on iTunes across Latin America (Mexico, Argentina, Brazil, Costa Rica, Dominican Republic, El Salvador, Honduras, Paraguay, Peru); and Top 10 in 23 markets overall including Spain (#2), Netherlands (#3), Portugal (#4), US (#5), Sweden (#7). ‘Work From Home’ is currently climbing the Australian iTunes charts and is set to be another huge hit for the group.

Giving fans a sneak peak of the new look and what to expect from Fifth Harmony this year, loyal Harmonizers were also given a brand new visual with the track’s buzzed-about music video, directed by the famed Director X. Since its release, the official video has almost 8 million views on Vevo!

2015 was a breakout year for pop power group Fifth Harmony following the release of their first album, REFLECTION, which debuted at #2 on the iTunes charts and includes the Double Platinum single, ‘Worth It’ Ft. Kid Ink. Most recently named Billboard’s Women in Music’s Group of the Year, their latest success follows an award-winning 2015, with honors at the MTVVMAs, MTV EMAs, MTV Fandom Awards, Teen Choice Awards, Kids’ Choice Awards, YouTube Music Awards and Radio Disney Music Awards. Already off to a huge start, 2016 has seen a nomination for the Kids’ Choice Awards for Favorite Music Group and a win for the People’s Choice Awards Favorite Group.