Swagamama Will Go the Distance 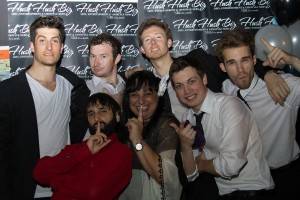 The first two acts going straight through to the Australia’s Got Talent Grand Final are:

Swagamama is an exciting all male dance crew from Brisbane, ranging in ages from 20 to 35. The six dynamic performers all met through Brisbane’s dance community and have all taught various styles of hip hop.

Paul performs a stunning aerial act in his wheelchair that leaves the audience spellbound. He has amazing strength and shows no fear when spinning fast at the top of the ribbon.

Appearing next week on the third Australia’s Got Talent Final are two local acts:

They’ll be competing against:

at the special time and day of 7pm Monday, October 7, on Channel Nine