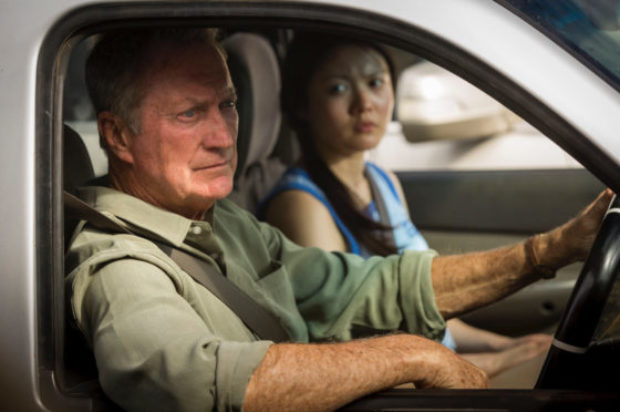 AUSTRALIA DAY
TO HAVE WORLD PREMIERE
AT SYDNEY FILM FESTIVAL

Foxtel, and Emmy and BAFTA Award winning Hoodlum, are proud to announce that their first feature film, AUSTRALIA DAY, has been selected to screen at the prestigious Sydney Film Festival on Monday, June 12 at 8:40pm at the State Theatre, which will mark its world premiere.

Set in Brisbane, where the film was shot entirely, AUSTRALIA DAY takes place over 12 hours and interweaves the stories of three Australians from diverse backgrounds: those of April Tucker (Miah Madden), a 14-year-old Indigenous girl, Sami Ghaznavi (Elias Anton), a 17-year-old Persian boy, and Lan (Jenny Wu), a 19-year-old Chinese woman. Each is alone, each is terrified for their life…

Taking place on our most controversial national holiday, AUSTRALIA DAY illuminates contemporary issues that simmer beneath the surface of modern Australia. And above all, this is a film with heart and hope where the choice to do the right thing does not come cheaply or easily.

Foxtel’s Head of Drama Penny Win said: “The feature film Australia Day is another bold first for our production slate. It is thrilling to be able to bring Foxtel’s passion and commitment to telling original and daring Australian stories to a different format with this thought-provoking and ultimately moving drama delivered by Hoodlum’s brilliant production team.”

Hoodlum’s Executive Producer Nathan Mayfield said: “We are so delighted to be premiering at Sydney Film Festival. The film takes audiences on a gripping ride through contemporary Australia and is set to ignite conversations about what it means to be Australian.”

As well as AUSTRALIA DAY’s Sydney Film Festival world premiere at the State Theatre on June 12 at 8:40pm as part of the Special Presentations at the State strand, it will also screen at the Hayden Orpheum Cremorne on Wednesday, June 14 at 8:00pm. The Festival runs from June 7 to 18, 2017.

Following its Sydney Film Festival premiere, AUSTRALIA DAY will be released in cinemas later in 2017 before having its Australian television premiere on Foxtel.

AUSTRALIA DAY further cements Foxtel’s commitment to original drama and its place as the home of Australian stories. AACTA and TV WEEK Logie Award winner Wentworth’s sixth season has just been announced with its fifth currently on showcase, A Place To Call Home, the 2017 recipient of the TV Week Logie for Most Outstanding Drama Series, will return later this year for season five, and Top of the Lake: China Girl to BBC First. Plus currently in production are the re-imagining of Joan Lindsay’s timeless Australian novel, Picnic At Hanging Rock, and Fighting Season, a powerful exploration of the experiences of Australian soldiers returned from duty.