TAIKA WAITITI FILM TO CLOSE AT THE JEWISH FILM FESTIVAL

Jojo Rabbit will have its first Australian screenings on Wednesday 20 November at Classic Cinemas, Elsternwick in Melbourne, and on Thursday 21 November at Ritz Cinemas, Randwick in Sydney, ahead of its national release on 26 December. The film will also close the Festival in Brisbane, Canberra and Perth on Sunday 17 November. Tickets are available now from www.jiff.com.au.

Drawing on his own Jewish heritage and his experiences growing up surrounded by prejudice, writer-director Taika Waititi (whose mother is Jewish, while his father is Maori) makes a powerful statement against hate in his latest film. This World War II satire follows Jojo, a lonely German boy whose world view is turned upside down when he discovers his single mother (Scarlett Johansson) is hiding a young Jewish girl in their attic. Aided only by his idiotic imaginary friend, Adolf Hitler (Taika Waititi), Jojo must confront his blind nationalism.

“Fresh from its premiere as a Special Presentation at the 2019 Toronto International Film Festival, we are very excited to present Australian audiences’ very first chance to catch this incredible film from the storyteller behind Hunt for the Wilderpeople and Thor: Ragnarok,” said Jewish International Film Festival Artistic Director Eddie Tamir. “Based on the novel, the film boldly manages the delicate balance of tackling hate through satire. It’s one of the strongest films we have ever presented.” 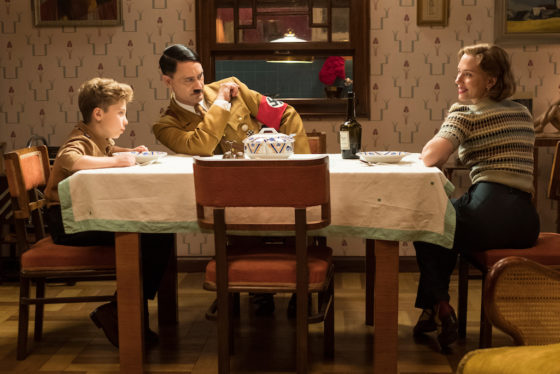 The Jewish International Film Festival full program will be launched with a screening of The Other Story on Sunday 22 September at 2PM at the Ritz Cinemas, Randwick and Classic Cinemas, Elsternwick, before being officially unveiled on Monday 23 September.

Tickets to Jojo Rabbit are on sale now at www.jiff.com.au.