Calling All Lovers Music Sony Music Australia Tamar Braxton by Caroline Russo | on September 17, 2015 | 0 comments | in Music | Like it 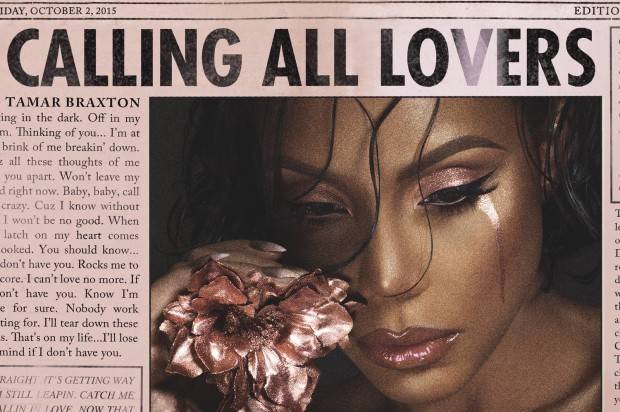 ‘CALLING ALL LOVERS’
OUT OCTOBER 2ND

The album includes her hit single ‘If I Don’t Have You’ which remains in the Top 10 on US Billboard’s Urban Adult Contemporary Chart and brand new single ‘Catfish’ whose music video will debut in the coming weeks. CALLING ALL LOVERS is available for pre-order now and both singles are instantly available upon purchase.

In addition to her new album, Tamar is a contestant on the 21st season of ABC’s popular TV show Dancing With The Stars US, airing now, as well as her #1 rated daily talk show, The Real, where Braxton will be performing her new song ‘King’. Tamar’s hit reality show Tamar & Vince will be returning for a 4th season– where Tamar not only displays the characteristics of a true “star” — but her ability to balance an entertainment career, motherhood, business and philanthropy.

CALLING ALL LOVERS is the eagerly awaited follow-up to LOVE AND WAR (September 2013), which debuted at #1 on the US Billboard Top R&B/Hip-Hop Albums chart (the year’s highest debut by a female R&B artist), reached #2 on the US Billboard Top 200 Chart, hit #1 on the US iTunes Top R&B Albums chart, hit 120,000 in first week sales and to date has sold nearly half a million copies. The album’s lead single, ‘Love and War,’ rose to #1 on the Heatseekers chart, and was followed by the Top 10 ‘The One’ and ‘All the Way Home.’ The video for ‘Love and War’ boasts over 25 million YouTube views to date. 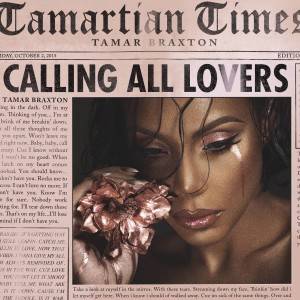