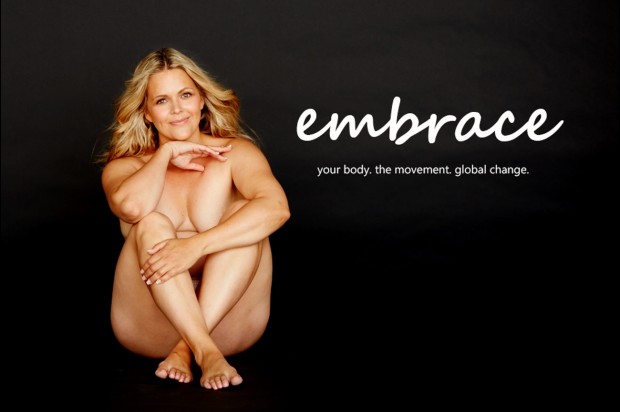 FOR ‘EMBRACE’
THIS JULY

Taryn Brumfitt, founder of the Body Image Movement and director of the upcoming documentary EMBRACE will be taking part in an exclusive Q&A event at Palace Barracks on Wednesday 20 July. This Q&A events gives audience members the opportunity to see EMBRACE before it hits cinemas across Australia on 4 August and the chance to hear Taryn Brumfitt speak in person about the making of this important and empowering film.

When Taryn posted an unconventional before-and-after photograph in 2013, it was seen by more than 100 million people worldwide and sparked an international media frenzy. In EMBRACE Taryn continues her crusade exploring the global issue of body loathing. She travels the world to interview an impressive range of women about their attitudes to their bodies, including: Mia Freedman, the youngest ever editor of the Australian edition of Cosmopolitan; Adelaide researcher Professor Marika Tiggemann; UK talk show host/photographer Amanda de Cadenet; American media personality Ricki Lake; body image blogger Jess Baker (a.k.a. The Militant Baker); and motivational speaker Turia Pitt.

Taryn Brumfitt will be available for interview while in Brisbane on 20 July. If you were interested in being put forward for a spot please contact Amy Burgess or Georgina Stegman at Think Tank Communications.

EMBRACE will be released nationally on 4 August 2016 by Transmission Films.