Taylor Henderson will releases his New album on July 11th 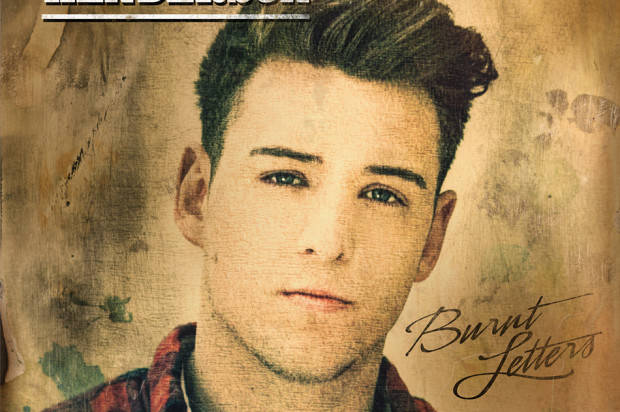 Australian singer songwriter Taylor Henderson last night confirmed the release date of his brand new studio album, BURNT LETTERS, as Friday July 11th, out through Sony Music Entertainment Australia. You can check out a behind the scenes video of the album photo shoot here: http://smarturl.it/BurntLettersBTS.

In early March, Taylor Henderson released his latest single ‘When You Were Mine’, a beautiful melodic single – co-penned by the young artist – which became an instant hit, racking up a Top 5 position on the ARIA Single Chart and achieving platinum status.

The success of the single set the tone for BURNT LETTERS; an impressive collection of handsome songs that weave together pop and folk styles with an apparent ease. This is further enhanced by song writing that is unashamedly intimate and tender, whilst the melodies are simple and uncomplicated. Taylor’s earnest delivery is buoyant by way of his easy-going charm, and as a result his grounded honesty comes across as distinctively Australian.

“There are some songs on the album that were written years ago,” explainsTaylor. “Then there are other songs that are fresh and where I’ve tried new things, but at the core of all the songs is me. It all relates to the person I am, and the artist I am. It’s a pure undiluted reflection, and as far as I’m concerned, that’s the only way it should be.”

To celebrate the release of the album, Taylor will be touring around Australia in July and August – head to http://smarturl.it/TaylorHendersonTour for more details.