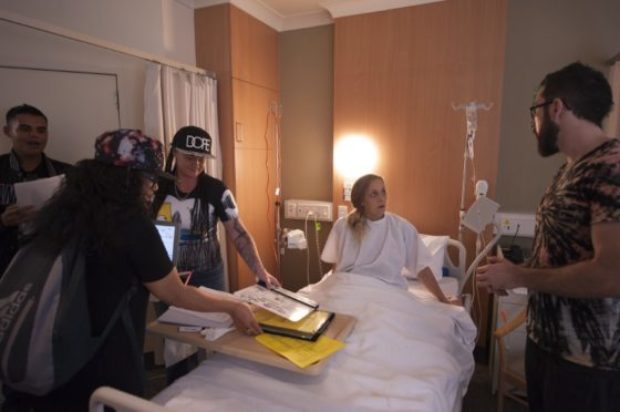 Carolyn was diagnosed with ovarian cancer at 11 and given only a 30% survival rate. Unlike many, she fortunately beat this deadly killer and has now chosen to share her story in the form of a narrative style short film, ‘Teal Soldiers’.

Movies often make a dramatic impact on people and ‘Teal Soldiers’ hopes to raise mindfulness and awareness for the sypmtoms and early detection signs of ovarian cancer. This film will bring hope to both the victims who are currently being affected and a peace of mind to the survivors who have conquered this illness in the past.

Filming for ‘Teal Soldiers’ began in January and wrapped mid February. The film is currently in post production and is awaiting a warm and welcoming response from the community. Everyone involved, the production team, cast and crew were not only committed to making a film, but more importantly, they were committed to honouring the story and the lives of the people that have been through this. The truth and dedication brought to this film proves that there is a support network out there and people want to help.

It is all too common that everyone knows someone who has been affected by cancer, whether it be a parent, a child, a grandparent, a relative or a friend and we wonder more often than not: If it had been detected earlier, would they have survived?

So people of Australia, what will you do to help spread the word about ovarian cancer?

‘Teal Soldiers’ is coming soon and it wants to be heard.