AFM FILM PRODUCER Royal Highness of Thialand THIA FILMS by Caroline Russo | on November 6, 2022 | 0 comments | in Film News | Like it 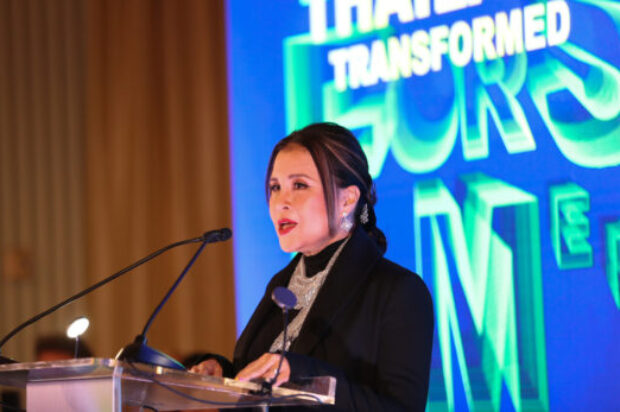 Held at Hotel Casa del Mar, Santa Monica, California on November 2nd, Thai Night 2022 – Thailand Where Films Come Alive is always one of the most high-profile events of the AFM and 2022 was no exception.

Thai Night 2022 – Thailand Where Films Come Alive, a gala hosted by the Department of International Trade Promotion (DITP), Ministry of Commerce, Royal Thai Government, as a focal point for the Thai Film industry at the American Film Market 2022, was a resounding success, attracting hundreds of international film professionals keen to learn more about the strong advantages of Thailand as a filming destination and its state-of-the-art film production and creative services. The new “Thailand Transformed” film incentive program drew a great deal of attention and is certain to result in additional projects coming to Thailand. 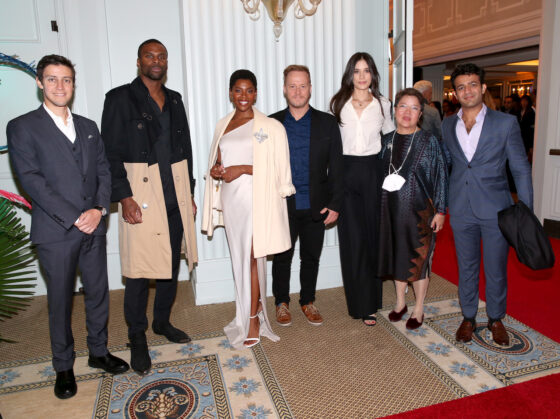 Her Royal Highness Princess Ubolratana Rajakanya Sirivadhana Barnavadi spoke to the audience about how Thailand was hit hard by the Covid Pandemic, but thanks to the resilience of the Thai filmmakers that Crisis led to a far more robust local Film Industry. She emphasized that advancing existing skills and embracing new ones like streaming has enhanced Thailand as a destination for creativity.

The event provided an opportunity for the entire Thai film industry to showcase its talent, services and world-class production and post-production capacities with the “Thai Film Companies Showcase” activity, during which eight leading Thai film and animation companies presented their latest work, film lineups and services. The guidelines provided by Mr. Jurin Laksanawisit, Thailand’s Deputy Prime Minister and Minister of Commerce has laid the groundwork for the DITP to successfully manage the pandemic crisis and create the proper environment for the Thai Film Industry to advance despite the adversity.

Thailand is a land of creativity steeped in centuries of a vibrant and varied culture that is extremely unique and loved around the globe. When combined with hugely diverse locations and state-of-the-art production, post-production, animation and CGI services, Thailand offers a true one stop film production environment which can satisfy all requirements of world-class international film production.

This explains why, while Thai films are conquering international festivals and audiences, Thailand has established itself as one of the most attractive film locations in the world. Thailand has one of the world’s most lucrative incentive programs for film makers, the program provides a 20% rebate on local spending and an additional set of rebates for those that meet specific conditions. The new improved measures are just another reason to make Thailand your creative hub.