MICHAEL CHUGG THE SYDNEY ENTERTAINMENT CENTRE by Caroline Russo | on November 5, 2015 | 0 comments | in Entertainment | Like it 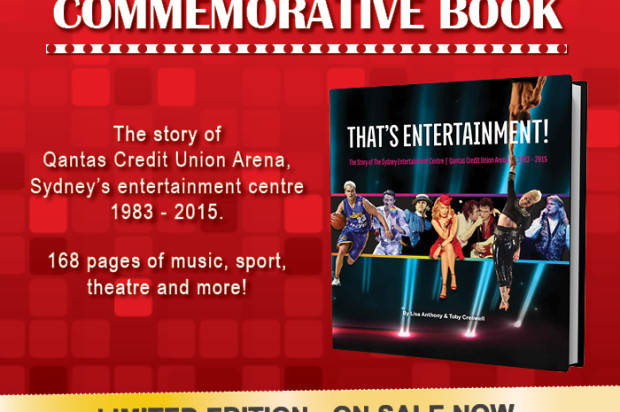 That’s Entertainment! is a limited edition commemorative book that captures the cheers, beers and tears of the history of Sydney’s entertainment centre – Qantas Credit Union Arena. Recalled by those who were there, it includes hundreds of photographs and behind-the-scenes stories and memorabilia that make up this Sydney story.

From its spectacular beginnings with Peter Allen on an elephant and Barry Manilow, the Ent Cent has brought the world’s greatest performers and sporting icons to Sydney. Two of the Beatles and one Rolling Stone, Sir Elton John and John Farnham, KISS, Kylie, Cold Chisel, Billy Joel, Prince and P!nk have all rocked the house. The Schools Spectacular where stars are born was home, as were elder statespeople including Frank Sinatra and Cher. The Sydney Kings have won championships; the Diamonds ruled the netball world. Mad motocross events, super sumo, Disney, Torvill and Dean have been part of the rich fabric of the Ent Cent story. All of these characters and many, many, many more are captured in these pages.

As promoter Michael Chugg says in the book’s Foreword: “I’ve done hundreds of shows over the years at the Entertainment Centre. As a promoter who was also a Sydneysider, I felt a special affection for this venue. As a punter, I’ll never forget the night Jeff Fenech took the world title in front of 10,000 of Sydney’s characters. I will also never forget the Prince concert in 1991. There are so many memories for me. So many people made it a wonderful place to be.”

That’s Entertainment! is a high-quality, 168 page book celebrating the life of the Sydney’s entertainment centre. Written by Lisa Anthony (the Face, Smash Hits, Juice and HG magazines) and Toby Creswell (Rolling Stone, Juice), in collaboration with the venue’s manager, AEG Ogden, the book includes behind-the-scenes stories and memorabilia from the 32 year-long party. It uses hundreds of photographs by the prolific Tony Mott, Bob King and Glenn Pokorny, along with posters, backstage passes and mementos from thousands of events. The book is truly homage to a venue that entertained millions, and also to the people who made it great. 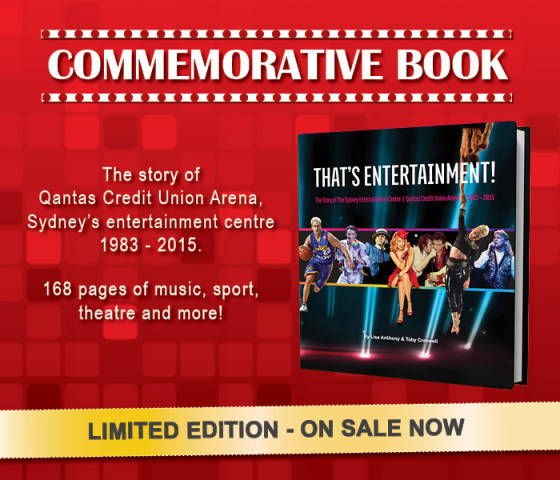