THE 30TH ANNIVERSARY OF ‘LEGEND’ – THE LANDMARK BOB MARLEY COLLECTION 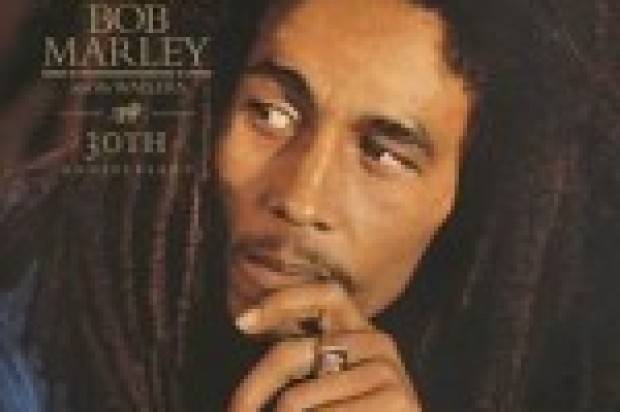 Originally released on May 8, 1984, Bob Marley’s Legend illustrates the remarkable life and recording career of one of reggae music’s most important figures. This iconic collection not only serves as the perfect introduction to the music of Bob Marley, it has become an essential part in every Marley collection. It remains the world’s best-selling reggae album and continues to be one of the best-selling catalogue albums, exceeding 4x Platinum status in Australia, 15 million RIAA®-certified copies in the U.S. and over 27 million worldwide.

On July 4, 2014, Universal Music celebrates the 30th Anniversary of Legend with the release of the CD/Blu-ray Pure Audio Disc™ combo set Legend 30th Anniversary Edition (Island Records/Tuff Gong/UMe). Coupled with the original release of Legend, this deluxe version features this iconic collection entirely mixed in 5.1 by the GRAMMY® Award winning producer Bob Clearmountain on Blu-Ray Pure Audio Disc™ and now includes the original, early studio version of “No Woman No Cry,” in lieu of the previous live version. Also featured are two, previously unheard alternate takes of “Easy Skanking” and “Punky Reggae Party” recently discovered in the Marley vault. Classic Marley anthems include “Three Little Birds,” “Get Up Stand Up,” “One Love/People Get Ready,” “No Woman No Cry” and “I Shot The Sheriff,” which was later a No. 1 hit for Eric Clapton, as well as “Jamming,” “Exodus,” “Redemption Song” and “Is This Love.”

Both the CD and Blu-Ray Pure Audio Disc™ are housed in a 28-page, casebound book featuring extended liner notes, unseen photos and forewards written by Sir Paul McCartney, Stevie Wonder and liner notes by author of the bookMarley, Christopher Farley. Legend 30th Anniversary Edition will also be made available on tri-color vinyl (yellow, green and red) and pressed as a double gatefold LP allowing for a higher fidelity sound quality that is closer to the original source.
cid:[email protected]:[email protected]
More than 30 years after its release, Legend continues to top the Billboard charts hitting No. 1 on the Top Reggae Albums in 2002, No. 1 on the Top Pop Catalogue charts in 2009, 2012, 2013 and 2014, No. 26 on The Billboard 200 in 2009, Top 10 on the Top Digital Albums chart in 2010, 2012, 2013 and 2014, and Top 20 on The Billboard 200 in 2012, 2013 and 2014.

Legend holds the distinction of being the longest-charting album in the history of Billboard magazine, 1085 total weeks (21 years!) consecutively on the charts and being on the catalogue chart more than 1160 times.
In Australia – the album has achieved 391 weeks (over 7 years) on the ARIA chart.

Bob Marley remains one of the 20th century’s most important and influential entertainment icons. Marley’s lifestyle and music continue to inspire new generations as his legacy lives on through his music. In the digital era, he has the second-highest social media following of any posthumous celebrity, with the official Bob Marley Facebook page drawing more than 60 million fans, ranking it among the Top 25 of all Facebook pages and Top 10 among celebrity pages. Marley’s music catalogue has sold millions albums worldwide and his accolades include inductions into the Rock and Roll Hall of Fame (1994) and ASCAP Songwriters Hall of Fame (2010), a GRAMMY® Lifetime Achievement Award (2001), multiple entries in the GRAMMY® Hall Of Fame, and a star on the Hollywood Walk of Fame (2001).

Legend 30th Anniversary Edition now expands on an album that has become a rite of passage and an essential for every generation.