The Aboriginal Centre for the Performing Arts presents: TROJAN WOMEN

Aboriginal Centre for the Performing Arts acpa Steven Mitchell Wright TROJAN WOMEN by Caroline Russo | on October 27, 2017 | 0 comments | in Theatre | Like it 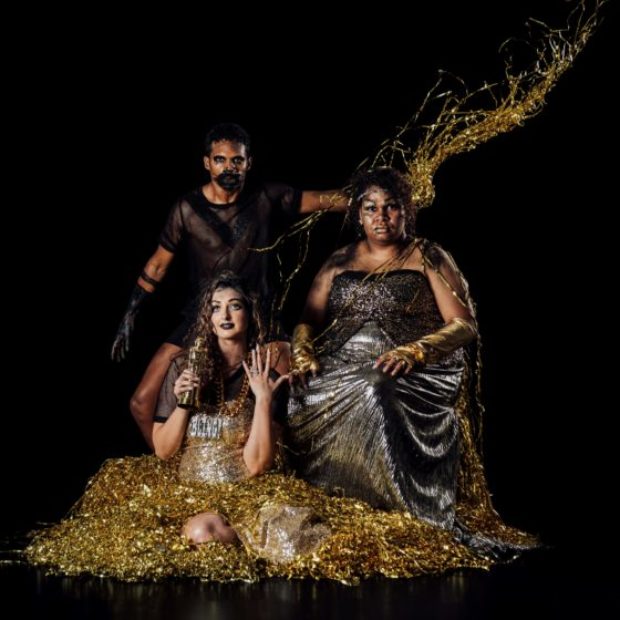 Based on the classic Greek text by Euripides, Trojan Women takes us into the ruined city of Troy, reimagined as a contemporary war zone.

The men have been killed and now the women await their fate at the hands of the invaders.

Trojan Women has long been considered an innovative and artistic portrayal of the aftermath of the Trojan War, as well as a penetrating depiction of the barbaric behaviour of Euripides own countrymen towards the women and children of the people they overcame in war.

The main Trojan women around whom the play revolves are deliberately portrayed as very unlike each other: the weary, tragic old queen Hecuba, the young, holy virgin and seer, Cassandra; the proud and noble Andromache, the beautiful, scheming Helen and Queen Dido, first queen of Carthage.

Trojan Women explores love, sex, power and violence and asks us to imagine a world where women are in charge!

Directed by Brisbane’s premier theatrical provocateur Steven Mitchell Wright (The Danger Ensemble), this will be an explosive experience for all the senses, showcasing the brave and brilliant young artists from the Aboriginal Centre for the Performing Arts (ACPA) Acting program.

CEO Dr Dimitri Kopanakis says “ACPA is proud of these young, talented Aboriginal and Torres Straight Islanders as they are the next generation of story tellers”.