THE ALL GIRL BAND ARE BACK :THE CHANTOOZIES 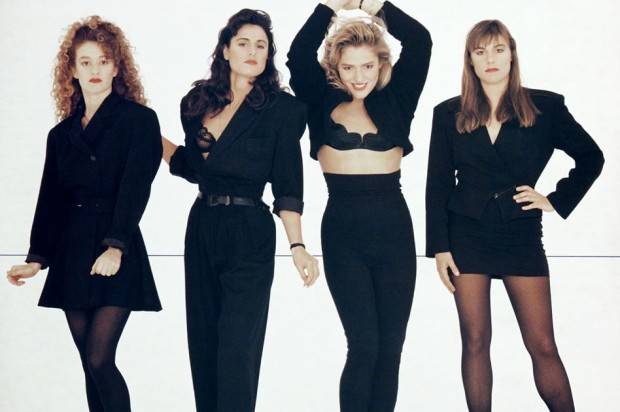 THE CHANTOOZIES PREPARE TO PARTY
Interview by Jackie Smith
Taking time out from her tour as part of 80s favourites The Chantoozies, Ally Fowler chats about getting the band back together, individual successes and the ever-changing music industry.
You’re in the midst of a tour around Australia. What do you want people to get out of attending one of your live performances?
I hope they leave with a smile on their face and a spring in their step. We have such a great time up there and we want the audience to as well!
You re-formed in 2006 after pursuing individual careers. What was fans’ reaction to your reunion?
Very positive! So many bands from the 80s have reformed or are still out and about doing gigs. It seems to be a particularly popular era for music, especially Australian music.
How has your individual success influenced your work with the band?
It’s all performing of one kind or another. It’s all about trying to get something across to an audience.
How has the music industry changed over the years?
The internet, Facebook, Twitter, YouTube [and] iTunes have changed the industry completely, although I’m not entirely sure if it’s for the better. I guess there are pros and cons with every situation. It’s definitely easier to reach your audience, more personal and intimate. I think selling records these days is harder.
What is it you enjoy most about touring?
I love hanging with the girls and, of course the boys, in our band, seeing new places [and] having adventures. I think this time round you appreciate it even more than the first. I’m a bit of a gypsy at heart.
What are some of the highlights of your career thus far?
Playing the MCG was a lot of fun, but we’ve had some great tours over the years. Some big [such as] Countdown, Billy Joel and some small, [like those in] NT [and] WA.
You’ve performed alongside the likes of Billy Joel, Boom Crash Opera, Daryl Braithwaite and Rick Astley. If you could perform with anywhere, where would it be?
On one of those huge ‘Live Aid ‘style gigs at Wembley or somewhere. Imagine how much crazy fun it would be back stage!
Who inspires you?
Meryl Streep, Emma Thompson, Julianne Moore, Annie Lennox, Cyndi Lauper, Chrissie Amphlett … so, so many.

What’s the best piece of advice you’ve ever received?
You’re never too old to learn, keep asking questions. Always take the job [or] work seriously but not yourself. Otherwise you’re in danger of becoming indulgent and self-conscious and that is not fun to watch.
What’s the epitome of success for you?
To be praised by your peers but also to have an audience leave thoroughly entertained. Oh, and a lazy 10 mill[ion dollars] wouldn’t hurt!
What can people expect from your new music?
We play all sorts of stuff… a lot of 80’s pop, also some dance stuff, a few rockier songs and even a little blues. Quite eclectic, I guess, but somehow it all seems to fit.
What’s in store for you this year?
We have a new single and clip coming out in a few weeks’ time written and sung by Tottie. It’s a really cool groove kind of tune.More gigs around Australia, and on the personal front possibly a play in Melbourne at the back end of the year but this isn’t finalised yet!

For more information about The Chantoozies’ current tour, and for tickets, visit: http://thechantoozies.com/ .