The BLIND BOYS OF ALABAMA GOSPELLBINDING SIDESHOW COMES TO QPAC

GOSPELL Grammy® Awards QPAC SIDESHOW The BLIND BOYS OF ALABAMA GOSPELLBINDING by Caroline Russo | on January 21, 2016 | 0 comments | in Concerts | Like it 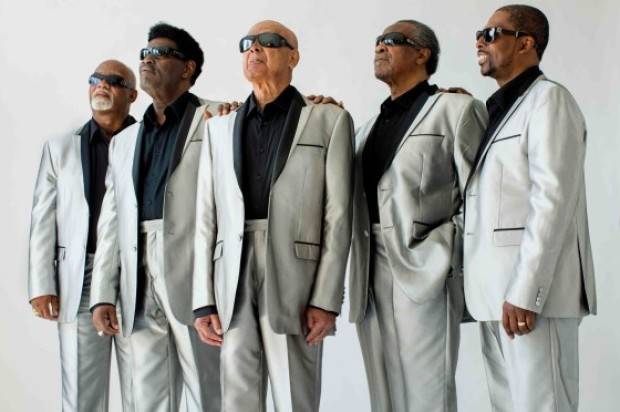 The BLIND BOYS OF ALABAMA GOSPELLBINDING SIDESHOW COMES TO QPAC

Brisbane gospel fans will have the chance to see five time Grammy Award winning, Gospel Hall of Famers, The Blind Boys of Alabama when they perform, as part of Bluesfest national touring, at the Queensland Performing Arts Centre’s (QPAC’s) Concert Hall, Thursday 31 March 2016.

Since the original members first sang together as kids at the Alabama Institute for the Negro Blind in the late 1930s (including Jimmy Carter, who will be leading the group on the Australian tour), the band has persevered over more than seven decades to become one of the most recognised and decorated gospel soul music groups in the world.

The group of African-American singers started out touring during a time of whites-only bathrooms, restaurants and hotels. In the early 1960s, they sang at benefits for Dr Martin Luther King Jr. and were a part of the soundtrack to the Civil Rights movement.

Throughout their career The Blind Boys of Alabama have won five Grammy Awards, a Grammy Lifetime Achievement Award, were inducted into the Gospel Music Hall of Fame and have performed at the White House for three different presidents.

Don’t miss the opportunity to see these gospel legends live on stage at QPAC this March, book tickets now at www.qpac.com.au or call 136 246.

The Queensland Performing Arts Centre (QPAC) is located within Queensland’s vibrant cultural precinct at South Bank, Brisbane. The Centre is focused on creating a world where the performing arts matter to everyone. Welcoming more than 1.4 million visitors and presenting over 1200 performances annually the QPAC experience extends beyond the theatre with a range of unique spaces to eat, drink, and enjoy free live entertainment. Visit www.qpac.com.au to learn more about Queensland’s Centre for live performance and the range of exciting events and initiatives on offer year round. To come a little closer to QPAC find out more about QPAC Membership here.

Seeing the Blind Boys of Alabama in concert is part living history, part concert, all uplifting experience…Inspired and relevant…Borders on the miraculous.
Washington Post