THE CINE LATINO FILM FESTIVAL TICKETS GIVE AWAY

Film Festival LATINO PALACE CINEAMA by Caroline Russo | on November 20, 2017 | 0 comments | in Film Festival | Like it 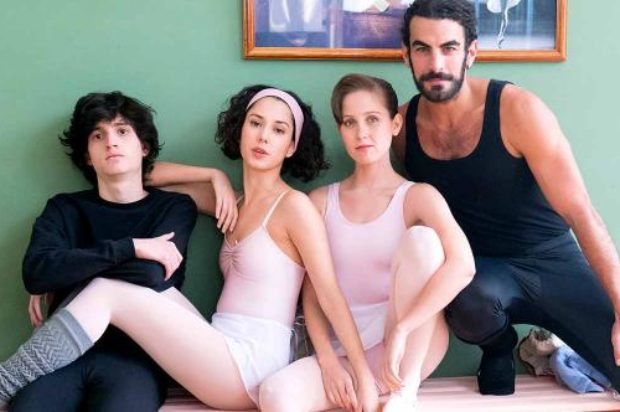 CINE LATINO, Australia’s largest festival of Latin American cinema will descend on Palace Cinemas nationally
from 14 November. In its second year, the program of 26 titles represent the best films from Central and
South America.

Opening the festival is Mexican director Roberto Sneider’s YOU’RE KILLING ME SUSANA (ME ESTÁS
MATANDO SUSANA). The twisty-turny travails of marital tension and infidelity get fleshed out in this comedy
starring Gael García Bernal (Neruda) and Verónica Echegui and will have audiences laughing before the
opening night party celebrations.

This year the program presents a 9-film spotlight on the best new films from Argentina with Cine Argentina.
A special event screening of INSEPARABLE (INSEPARABLES), an Argentinean remake of the French hit The
Intouchables, will launch a strong program including:

Other highlights in the Argentinean spotlight include: ONE NIGHT OF LOVE (UNA NOCHE DE AMOR), a
Woody Allen style comedy about a couple whose romance is waning after 12 years together; box office hit
and cheeky comedy-of-manners THAT’S NOT CHEATING (PERMITIDOS); set in the breathtaking wilderness of
rural Patagonia WINTER (EL INVIERNO) recounts an allegory about an old foreman realising his days are
numbered; and political thriller THE SUMMIT (LA CORDILLERA) in which Ricardo Darín stars as the President
of Argentina who must navigate political strategy without betraying his country, moral principles and family.
The festival continues its partnership with ‘Hola Mexico Film Festival’ this year bringing a selection of the
best contemporary Mexican films to Australia.

Launching the Hola Mexico program is TALES OF AN IMMORAL COUPLE (LA VIDA INMORAL DE LA PAREJA
IDEAL) which sees former teenage lovers cross paths again after 25 years and invent pretend spouses – to
disastrous effect – to prove they have moved on from each other. Enjoy the film, music drinks and Mexican
catering at the fiesta after.

Other fun films in the program are JEREMY (EL JEREMÍAS) – hijinks and precocity are abound in this charming
and witty story about an eight year-old Mexican boy whose life is turned upside-down when he is recognised
as a gifted child; and the life of single women in their 30s gets a humorous reworking through the
experiences of a sassy newspaper columnist in THIRTY, SINGLE AND FANTASTIC (TREINTONA, SOLTERAY
FANTÁSTICA).
Other Mexican highlights include; THE LOAD (LA CARGA), an epic historical drama set in 16th century
Mexico; and TALES OF MEXICO (LA HABITACIÓN), which sees eight award-winning filmmakers weave
together a tapestry of Mexican history, told through the various inhabitants of a single house over several
decades.

The ‘Contemporary Selection’ rounds out the program with films from Brazil, Cuba, Colombia, Chile,
Ecuador, Uruguay, Peru and the Dominican Republic.
Winner of two major prizes at Cannes, and based on true events, Brazilian writer/director Fellipe Barbosa’s
spectacular GABRIEL AND THE MOUNTAIN (GABRIEL E A MONTANHA); also from Brazil TWO IRENES (AS
DUAS IRENES).

From Venezuela, their official Academy Award submission for Best Foreign Film EL INCA, the controversial
boxing biopic about the spectacular rise and fall of World Boxing Champion; and KINGDOMS (REINOS), a
gritty romance that highlights the complexities of love on a Chilean university campus, with biting social
commentary about culture, politics and society.
Laughs can be found in Cuba’s CANDELARIA, about the taboo subject of sex in one’s golden years; LOST
NORTH (Sin Norte) – the Chilean off-beat romantic drama; and Peruvian film CRAZY IN LOVE (LOCOS DE
AMOR), from director Frank Pérez-Garland.

For drama and suspense, book in the history-making WOODPECKERS (CARPINTEROS), directed by José María
Cabral from the Dominican Republic; Colombia’s nail-biting entry for Best Foreign Language Film at the 90th
Academy Awards – GUILTY MEN (PARIENTE) from Iván Gaona; Ecuadorian thriller SUCH IS LIFE IN THE
TROPICS (SIN MUERTOS NO HAY CARNAVAL); and Manane Rodriguez (The Lost Steps)
directed BREADCRUMBS (MIGAS DE PAN), a film centred around the Uruguayan dictatorship of the 70s and
80s staring award-winning Argentine actor Cecilia Roth.

We have Ten double passes for Cine film Latino festival to give away and first in will be able to receive a double pass to festival and to be picked up at the cinema Palace.