Follow FacebookTwitter
Most commentedEditor’s PicksMost liked
Michael Beh the curators The Revolutionists theatre brisbane by Caroline Russo | on February 23, 2021 | 0 comments | in Theatre | Like it 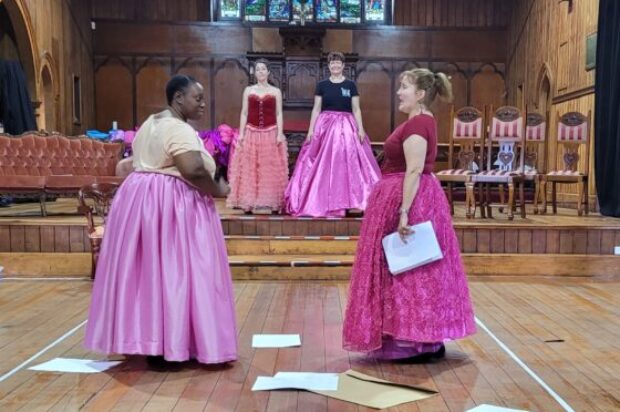 The Curators Theatre will kick off for 2021 the Australian Premiere of the American hit comedy, The Revolutionists by Lauren Gunderson. Performed to universal acclaim across the United States, and offering a biting political commentary of our times.

We joined the cast and crew at a rehearsal weekend, and the founder-director Michael Beh, a very gifted and hard-working creator is so excited about this production and we are too now as to what we saw and who we meet.

The Revolutionists is a stirring, funny, brilliant evocation of courage and the strength born of sisterhood.
Set against the shadow of Madame Guillotine during The Reign of Terror in revolutionary Paris, 1793, four incredible women – all based in historical fact and all doomed – have a fictitious meeting that is hilarious, moving and fateful.

Infused with live song, exquisite haute couture-inspired period costumes and a set that echoes Paris Fashion Week, this production of The Revolutionists promises to be an unforgettable night of lush, bold, bolshie theatre.